The virus collects in deep pockets in the intestine, and spreads from cell to cell in part by touch. 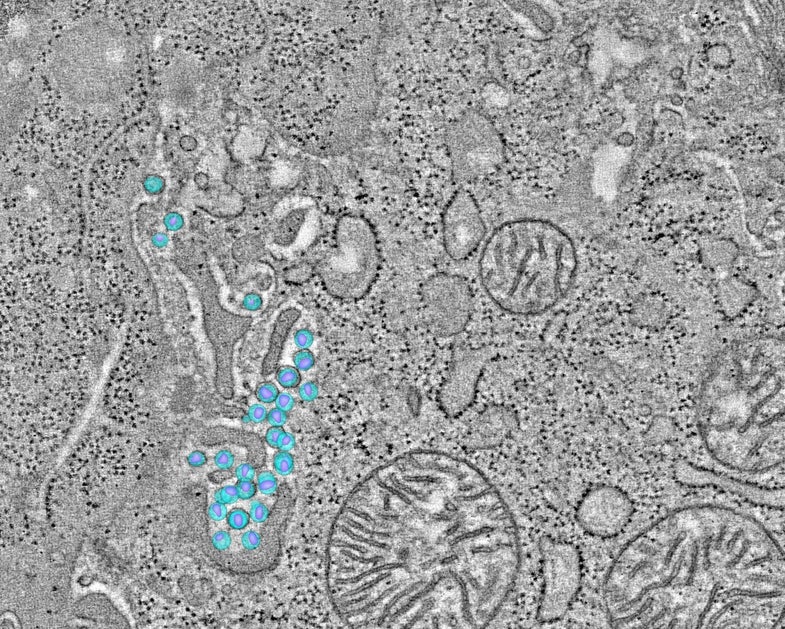 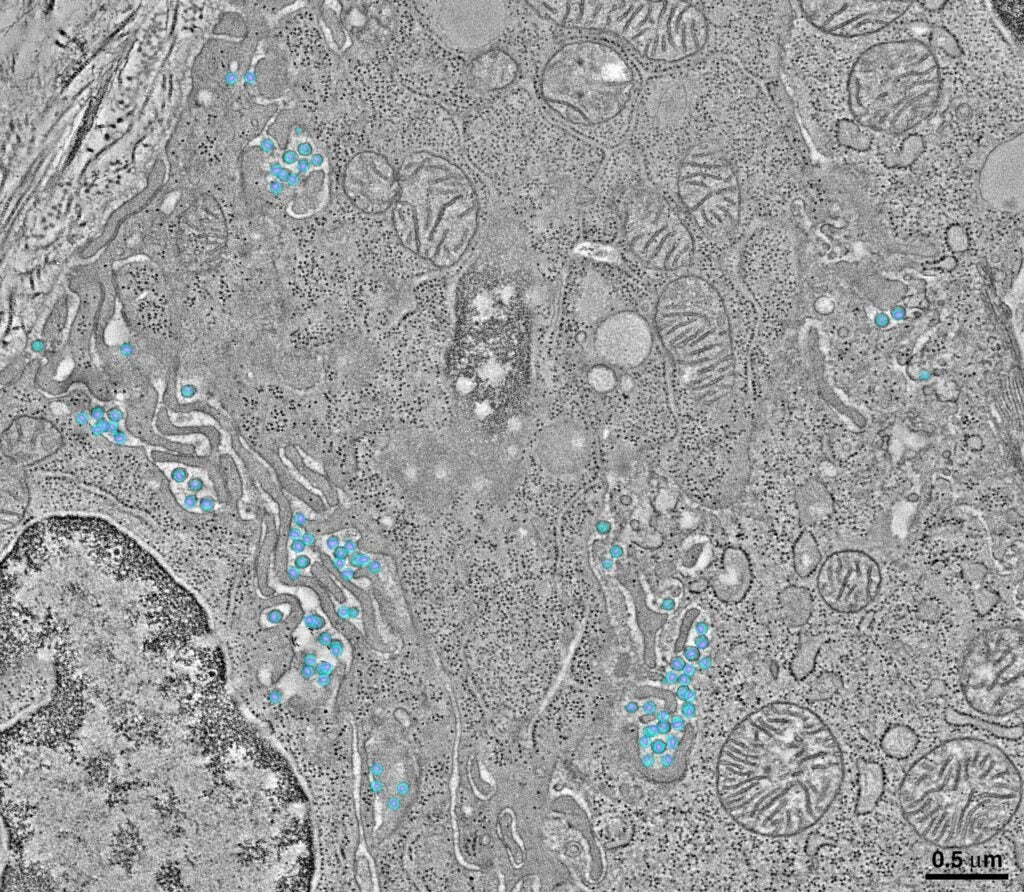 Highlighted in blue and purple in this electron microscope image are HIV-1 virions. As you can kind of tell from their surroundings, they’re embedded in living tissue—this is HIV in the middle of infecting something. This image represents one view of the first 3-D images of HIV at work in tissue. In this case, the tissue came from the intestines of a lab mouse.

The images could help scientists learn more about how HIV infects cells and where the virus builds up in gut tissue, the image’s creators wrote in a paper they published yesterday in the journal PLOS Pathogens. Such knowledge is important for developing new medicines against the virus.

The photos add to the many detailed images of HIV researchers have made since identifying the virus in the 1980s. In previous work, scientists took images of HIV budding and spreading, and of the virus’ internal and external structures. The images often came from isolated HIV, or from HIV infecting lab-grown cell collections, instead of intact bodily tissues.

To make these images, a team from of biologists from California and Massachusetts first created special lab mice by transplanting human bone marrow, liver and thymus cells into the mice. This gave the mice some of the immune cells that HIV attacks in people. The researchers infected the mice with HIV, then, after 10 to 20 weeks, dissected the mice to take images of their colons and intestines. The researchers used an electron microscope that took pictures of the tissue samples from several different angles, creating a 3-D image of the tissue—and the virus.

The images let the researcher see several interesting phenomena. They saw HIV collecting in pools deep inside the intestine, well away from immune cells. They also saw evidence that infected cells spread the virus to neighboring cells they touch, a process called virological synapse that HIV researchers knew occurred, but are still learning more about.