The Different Ways Men And Women Talk On Facebook Ugh, how stereotypical can we be? In a study of the different words used by various demographics of Facebook users in their status updates, women talked most about shopping and their hair, while men posted about sports, video games and war.

This is according to a new study from researchers at the University of Pennsylvania’s Positive Psychology Center, who analyzed 700 million words, phrases and topics pulled from the Facebook status updates of 75,000 volunteers. They looked for which words distinguished men from women, old from young, extraverts from introverts. 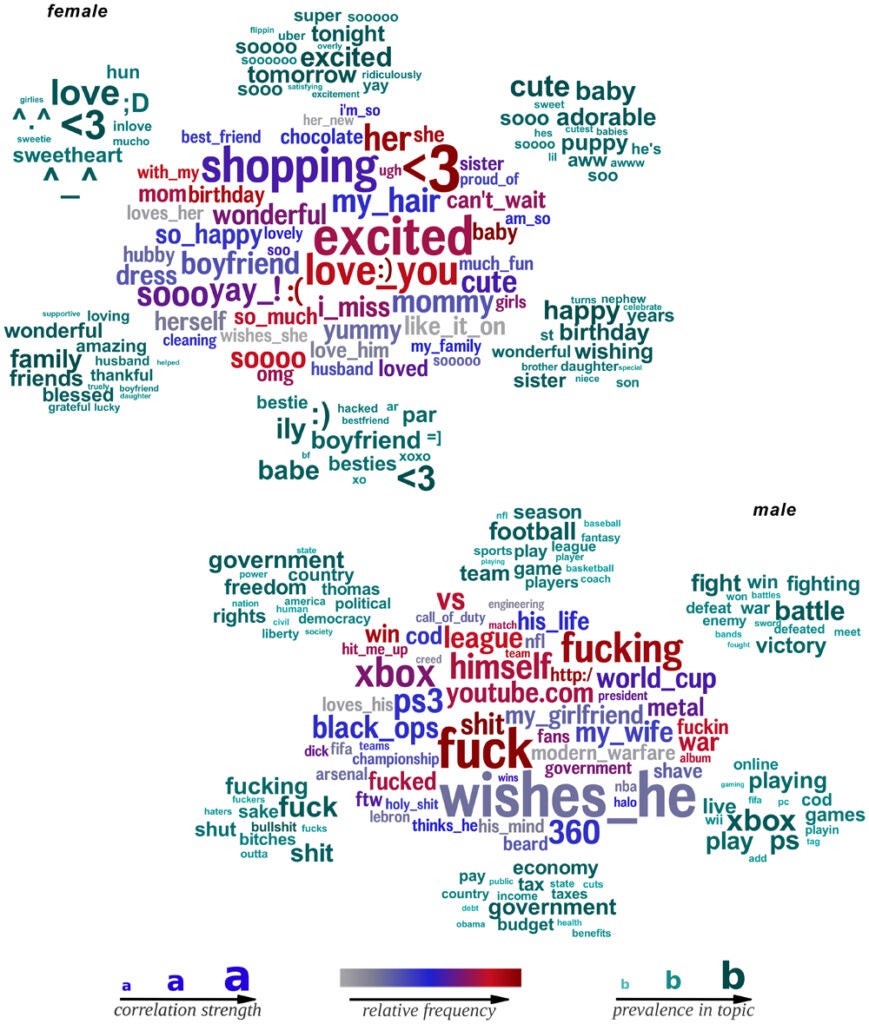 Words, phrases, and topics most highly distinguishing females and males.Female language features are shown on top while males below. Size of the word indicates the strength of the correlation; color indicates relative frequency of usage. Underscores (_) connect words of multiword phrases. Words and phrases are in the center; topics, represented as the 15 most prevalent words, surround. (: females and males; correlations adjusted for age; Bonferroni-corrected ).

It’s part of the World Well-Being Project, which aims to develop “techniques for measuring psychological and physical well-being based on language in social media.” They’ve also studied how the words used in tweets from different regions can predict the well-being of people living there.

They were looking for the words or phrases that could best predict, for example, whether someone was male or female, which explains why many of the results are pretty stereotypical (i.e. shopping vs. Xbox). Still, why don’t more dudes talk about puppies? Some other insights they found:

They also looked at word usage by age range:

Younger folks tended to talk about school (and pepper their updates with curse words) while the mid-20-somethings were concerned with work, beer and weddings, and older folks were more interested in talking about their children and family. 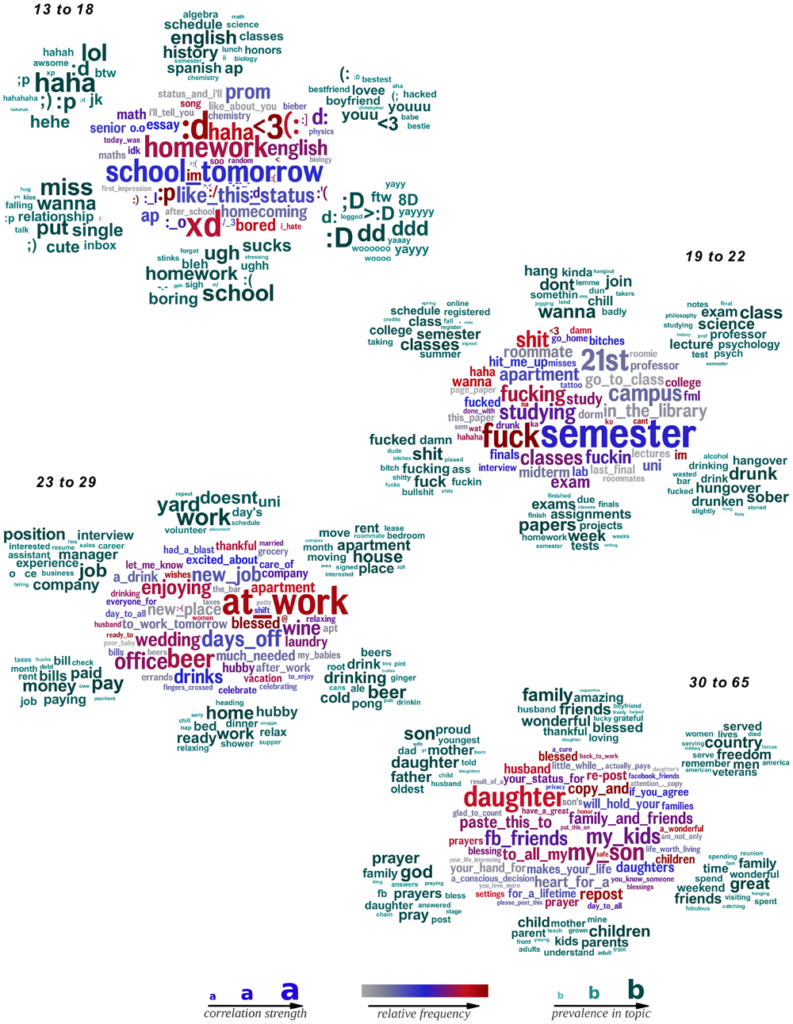 Last, they had volunteers take a personality test and compared the words they used to where they fell on scales of personality traits like extraversion or neuroticism. 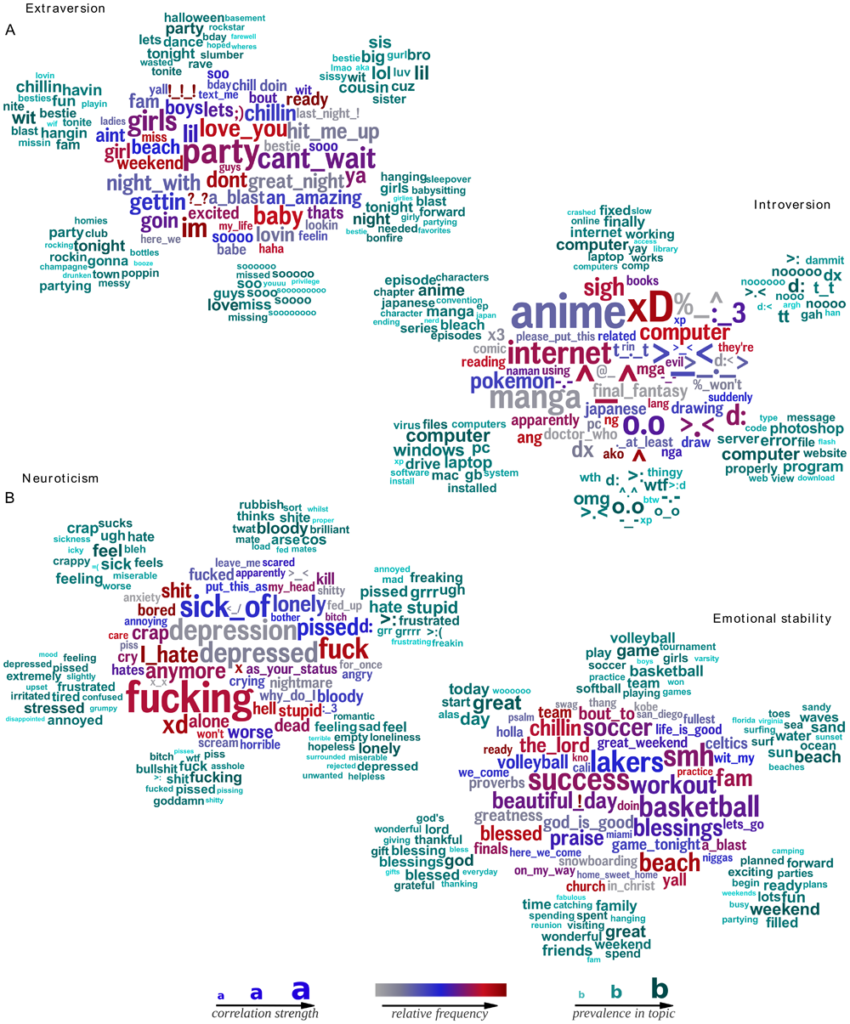 Who would have thought? Extraverts love to talk about parties; introverts love their anime. Interestingly, though, emotional stability seems to be correlated with being a basketball fan.