Farms are in a "smog panic" as plants falter without sunlight 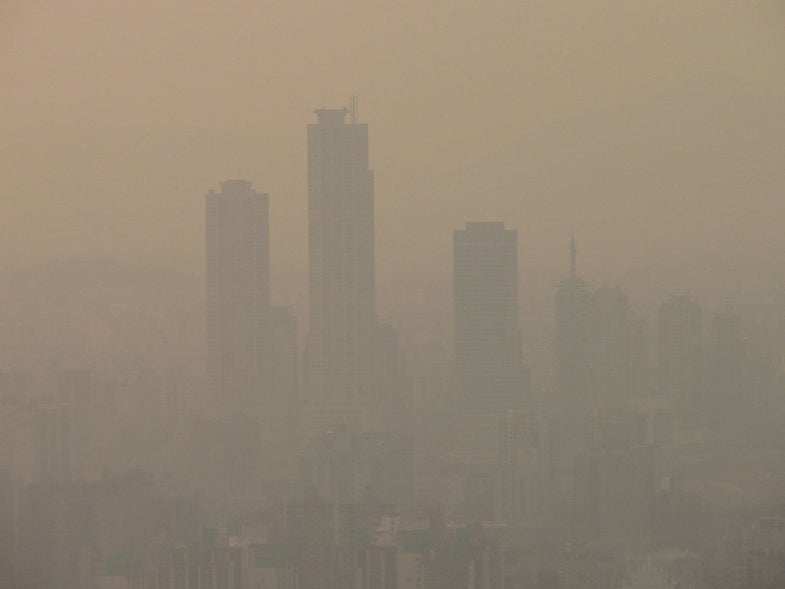 A Chinese scientist said that the smog situation in the country is so bad that it resembles a “nuclear winter,” preventing plants from producing energy from the sun’s rays via photosynthesis, and presenting a possible disaster for the country’s food supply. According to the Guardian:

New studies suggest that Chinese agriculture will see conditions “somewhat similar to a nuclear winter” if the smog continues, said He Dongxian, an associate professor at China Agricultural University. In one experiment, she germinated some seeds under artificial light in a lab, and others in a Beijing greenhouse. The former sprouted in 20 days, the latter took more than two months. “They will be lucky to live at all,” He told the South China Morning Post newspaper. “Now almost every farm is caught in a smog panic,” she added.

But air pollution isn’t just a problem in Beijing. Chinese media reported this week that a man named Li Guixin in Shijiazhuang, the capital of Hebei province near Beijing, had sued the local environmental protection agency for not prioritizing the smog problem. The government hasn’t yet responded. Li Yan, an analyst at Greenpeace East Asia, said the suit helps show that air pollution is also a major problem in cities outside of Beijing, and could pressure official to do more to reduce air pollution.

beijing
future of the environment
smog