The U.S. National Weather Service is naming a whole new award after him. 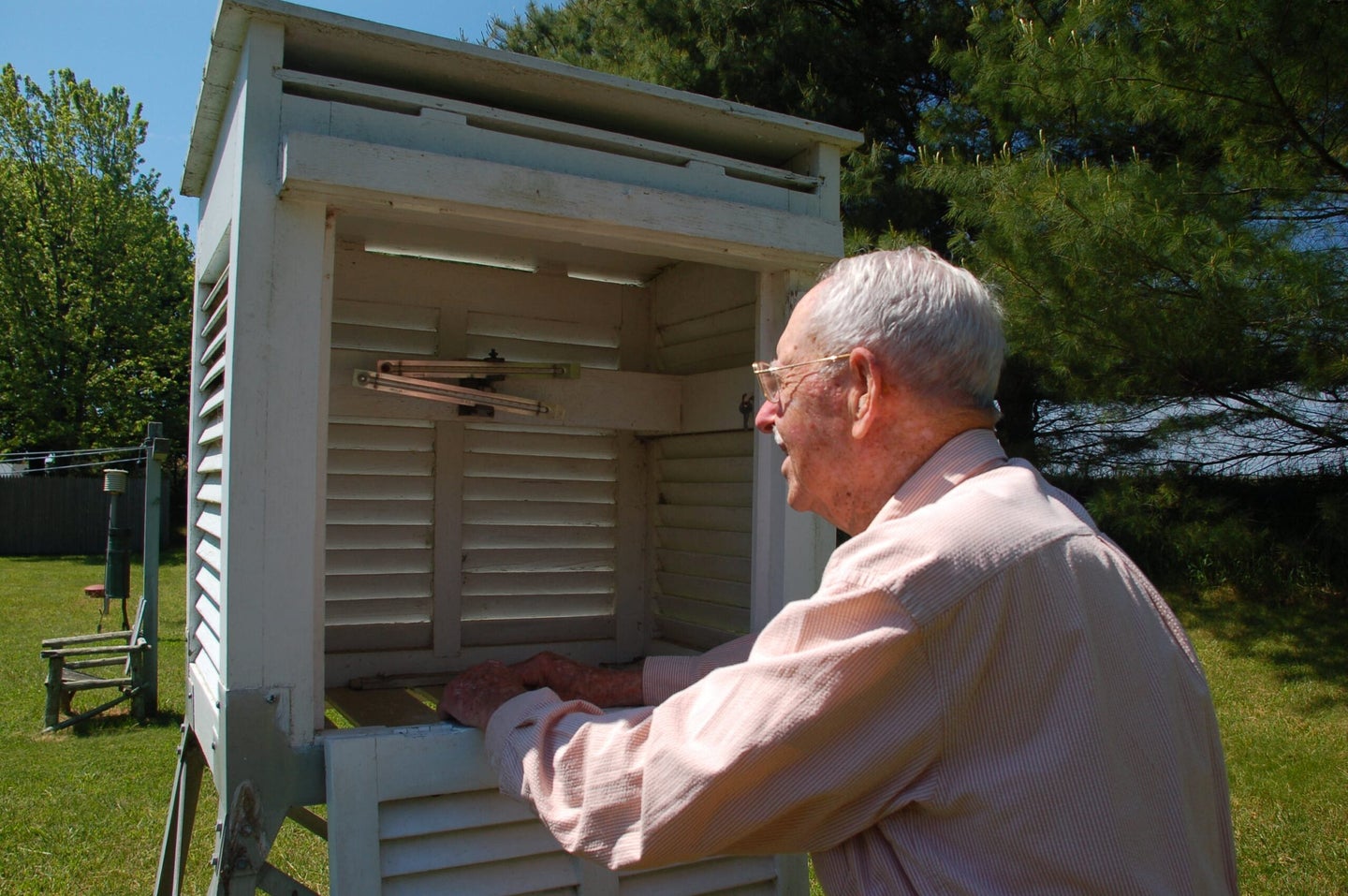 Generations before anyone came up with the idea of “citizen science,” an 18-year-old Richard Hendrickson called in his first weather report to what was then the U.S. Weather Bureau. That was in 1929. Hendrickson is now 101 years old and has provided the National Weather Service with twice-daily observations from his Long Island farm for 84 years.

Hendrickson is a part of the Cooperative Observer Program, a network of more than 8,700 volunteers who set up stations around their homes and send in reports about the temperatures, snowfall and rainfall they measure. Formally established in 1890, the network helps the National Oceanographic and Atmospheric Administration track global warming over time. It also helps NOAA send out real-time flood warnings. Hendrickson provided measurements during that hurricane that damaged so many houses on Long Island—you know, the one in 1938?

On the left, Richard Hendrickson looks at the Atlantic Ocean during a storm in the 1930s. On the right, he takes weather measurements sometime in 2014.

NOAA has never had a volunteer serve for more than eight decades, the agency says. So, this month, it’s created a Richard G. Hendrickson Award, for volunteers who serve for 80 years. Other prestigious Cooperative Observer Program awards are named after Thomas Jefferson, who recorded weather observations for 40 years, and John Campanius Holm, who made the first recorded observations in the U.S., between 1644 and 1645.

Hendrickson goes out to make his observations no matter the weather. In fact, he told NOAA, he prefers it if things are a little exciting: “Taking the weather every day, on nice days, it’s monotonous, but then you get the thunder and lightning—bam!” See him talk about the weather, and work at his weather stations, below. Congratulations, Mr. Hendrickson!