A Box That Took Three Million Photos Of The Sky

Time-lapse technology is more accessible than ever. 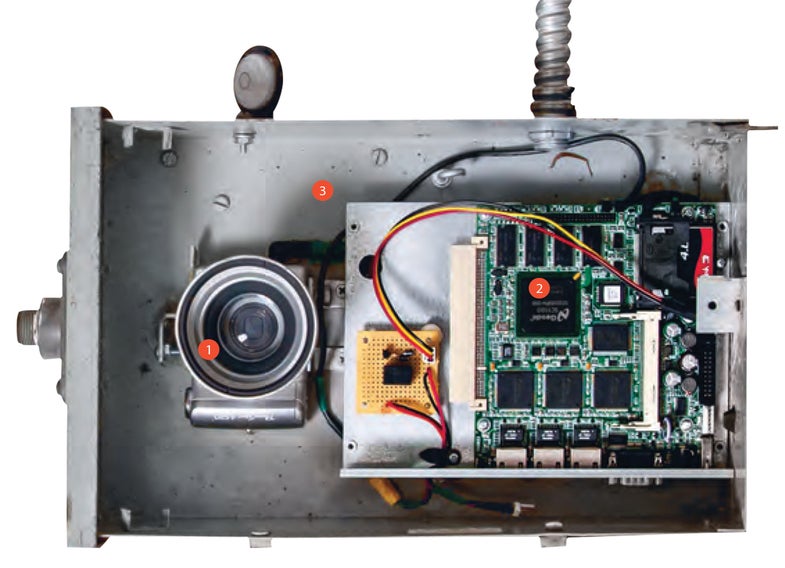 Ken Murphy, a computer programmer in California, built a rig to photograph the sky once every 10 seconds for a year. The resulting time-lapse video collage is a kaleidoscope of shifting weather patterns. Murphy’s project is one of more than 150 featured in The Art of Tinkering (released this month). Karen Wilkinson, one of the book’s editors, says it shows time-lapse photography is now more accessible than ever before. “People are even writing apps for it,” she says. True to form, the book includes a guide for mastering the art of time-lapse.

Recording millions of sequential photos wore through the components of two point-and-shoot cameras in one year.

A small computer triggered the camera and saved images to a memory card. It also enabled remote access to the data over a network.

A metal electrical box purchased for $3 from a junkyard—fitted with a see-through window—kept the electronics safe from the elements.