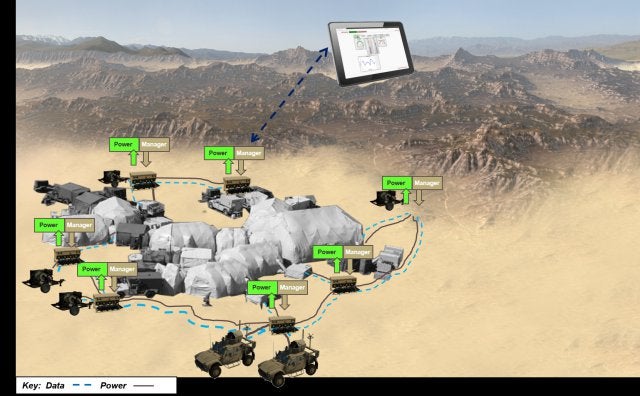 Napoleon’s army may have marched on its stomach, but a modern military force needs more than just food to survive in the field. Electricity powers everything on an army base, so having a power grid is important if troops are going to be able to function inside a country. War often takes troops to places where the infrastructure is unavailable, destroyed, or never existed, so it’s up to the U.S. Army to bring their own power with them. Tested from April 13 through April 24 at Fort Leonard Wood, Missouri, the Army has its own portable mini power grid.

The system is called an Energy Informed Operations, or EIO, microgrid, and its innovative feature is not that it supplies power. That’s something the Army already has years of experience in. Instead, the grid is about managing that power well, so that the military can cut down on wasted energy and fuel supplies while still creating a habitable environment for troops. The Army says that the system as tested will be able to sustain from 50 to 1,000 personnel, with the same management techniques.

“This demonstration and assessment of new base camp technologies are very important for the Army and the joint warfighter. These nine technologies are critical to the objectives of reducing the fuel, water, and waste water removal requirements of expeditionary base camps, which will reduce the need for re-supply and reduce the risk to our warfighters conducting re-supply operations,” said Maj. Gen. John F. Wharton, U.S. Army Research, Development and Engineering Command commanding general.

A smarter, portable grid may not be the shiniest new technology, but it lets troops sleep through the night.