People choose the "general you" when trying to distance themselves from negative things. 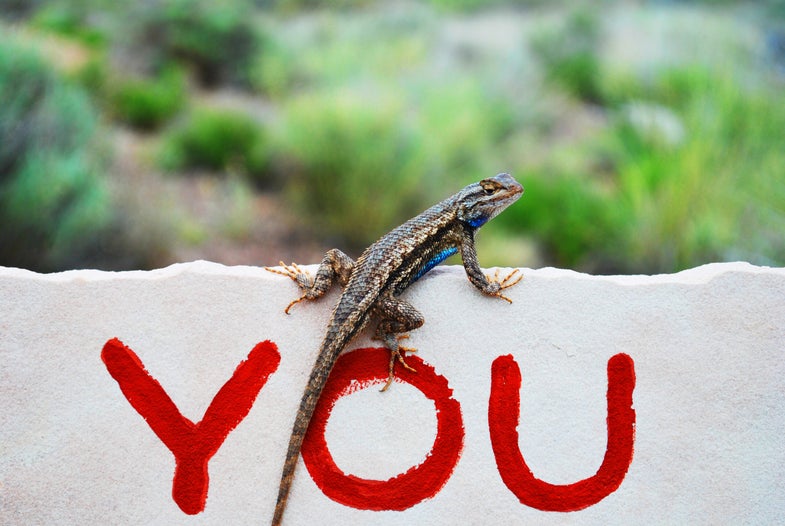 Early in August 2015, then Presidential candidate Donald Trump went on the CBS news show Face the Nation and said something curious:

“I fight like hell to pay as little [in taxes] as possible … I’m a businessman. And that’s the way you’re supposed to do it.”

Did you catch it?

If you missed it, here’s a hint: it’s not what he said that’s curious. It’s how he said it.

Here’s what Trump said, this time with the key word bolded:

“I fight like hell to pay as little [in taxes] as possible … I’m a businessman. And that’s the way you’re supposed to do it.”

Who, exactly, is supposed to fight like hell to pay as little in taxes as possible?

Is it the host John Dickerson? Is it the audience watching the show? You after all is supposed to refer to the second person, to someone other than yourself. And yet, the you Trump is referring to is himself. It’s what linguists call “the generic you,” and it refers not to the cylon in your head but to an unspecified person. If you’re wondering why Trump’s use of you didn’t stand out, the reason is simple—we all do it. And a new study in the journal Science sheds some light as to why.

“The motivation for this work really arose out of observing that people seemed to be using generic you to talk about their own experiences that are often really personal and kind of close-to-the-bone and tough things to reflect on,” said Ariana Orvell a third-year graduate student in the social psychology at the University of Michigan and lead author on the study.

“We were really intrigued by this puzzle and wanted to understand why people would use a word that we typically use to refer to other people, when they’re reflecting on things that had happened to them.”

What did Orvell discover? That we tend to use the generic you when speaking about negative personal experiences as a way of normalizing them and creating some emotional distance. In a landscape where people are often criticized for not paying their “fair share” of taxes, being accused of not being totally transparent about taxes could be seen as negative. Stating, “that’s what you’re supposed to do” has a way of framing behavior as normal, and thus defending it against negative connotations.

Orvell and her colleagues came to this conclusion by building on the work that psychologists and linguists had previously done on generic noun phrases like “boys don’t cry,” “snitches get stitches,” “sugar and spice and everything nice, that’s what little girls are made of.” The generic nouns—boys, snitches, girls—create behavior norms. If you’re a boy you shouldn’t cry, you shouldn’t snitch unless you want to get physically assaulted, and if you’re a girl you have to be nice. Because generic nouns tend to express norms about broad groups of people, Orvell had a suspicion that the generic you might fulfill a similar role.

To test that, Orvell and her colleagues ran a series of experiments (using the online crowdsourcing platform Mechanical Turk) to test the conditions under which people tend to use the generic you. For example, in one experiment half of the participants (in the “norms” group) were asked, “What should you do with an item (for example, a hammer)?” while the other (in the “preference” group) were asked “What do you like to do with hammers?” Respondents in both groups had to write in their answers—no multiple choice here.

In a separate experiment respondents were given the same question—“How do you cook a turkey?” or “What do you do on a rainy day?”—but they varied the context in which they were presented. Participants in the “norms” group were asked to consider “what should and should not be done,” while participants in the “preferences” group were asked to consider “what is liked and disliked.” The experiments confirmed that people tend to use the generic you to express norms about routine actions associated with everyday objects and behaviors.

A second series of experiments, conducted in a manner similar to the first but asking, for example, one set of participants to write about a negative experience and asking a second set to writing about neutral experience, helped explain when we tend to use the generic you in day-to-day life. We use generic you when speaking about negative events in our lives as a way making sense of what happened to us, and creating emotional distance. “We think it’s that function of generic you reflecting norms that helps people work through negative events,” said Orvell. “They are basically creating or constructing norms about their experience to try to make it universal.”

And that effect is likely not just limited to English—most languages have some equivalent of the generic you. “I hope that perhaps people might realize that they could find some comfort in thinking about what general lessons they can draw from negative experiences,” said Orvell. “And that generic you could kind of facilitate that process.”