When hyenas invade your lab

Astrobiologist Lynn Rothschild was studying how sunlight's ultraviolet radiation damages DNA. So she went to Kenya, near the equator, where rays are stronger. The only problem: hyenas. 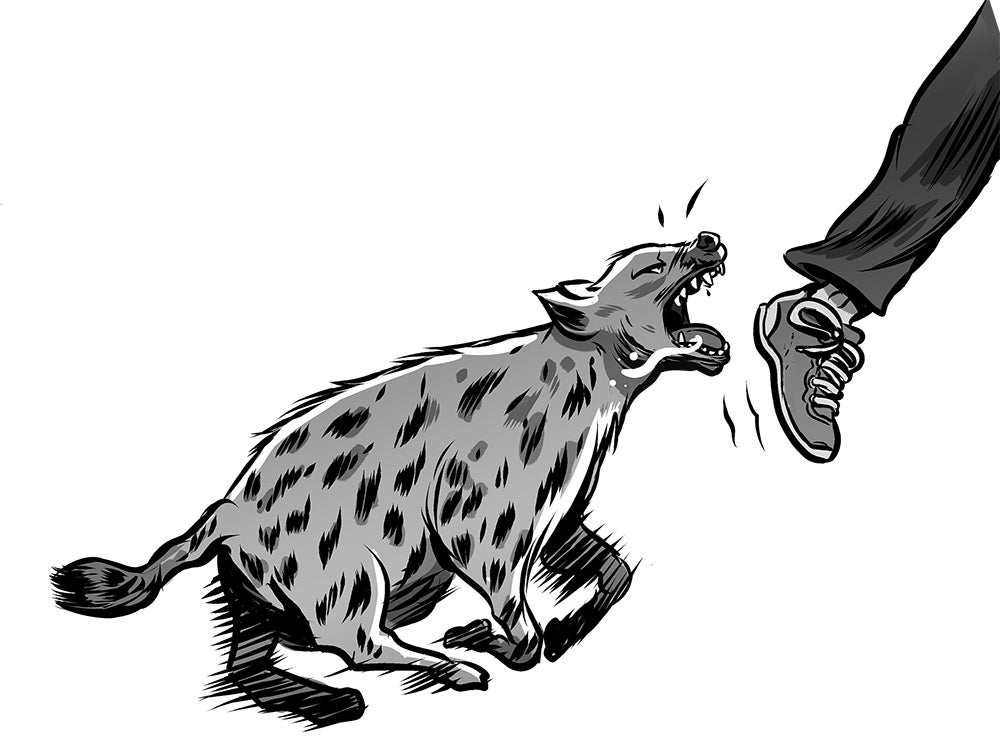 I’m interested in how life might exist out there in the cosmos, but NASA has only one data point—the species here on Earth. That’s why astrobiologists like me travel the globe to study how microbes survive environmental extremes: It teaches us which type of off-world places might be habitable, and how life first evolved on our planet.

Looking for life that thrives under the most intense conditions takes me to places such Kenya’s Great Rift Valley. This might not sound extreme, but it’s on the equator, which receives the most powerful direct UV radiation from the sun. Plus, its inhabitants include predators such as lions and hyenas.

My team and I were there in 2007, studying how strong solar radiation damages DNA. After collecting samples from the field, we created a makeshift lab on a rickety wooden bench—a lab bench, if you will—to pipette them into cuvettes, a type of test tube used to study samples optically. As we were working, our local guides noticed movement on the horizon. They turned to us and said, “The hyenas are coming.” This is not something one expects in a lab! Boy, did we pack up quickly and run for our tents. I get a chuckle out of it now, but the hyenas were the only ones laughing that day.

As told to Jason Lederman