The heavy metal of the god particle 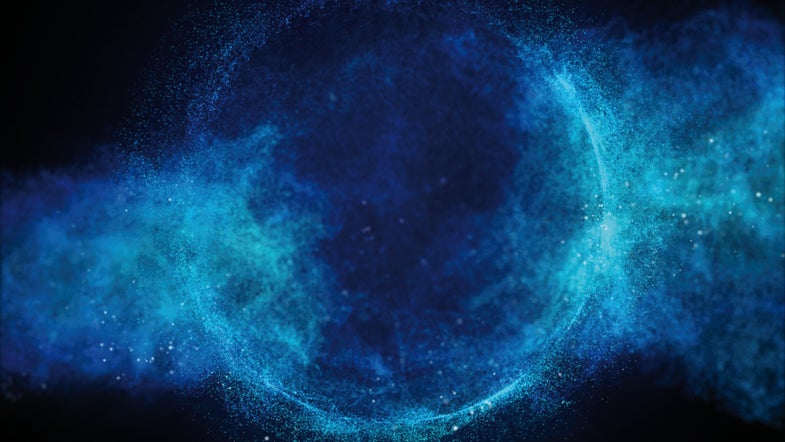 Sometimes for fun I’ll watch a movie, or if I’m feeling industrious maybe I’ll knit a scarf. When you’re a physicist at CERN, the things you do for fun are apparently a little more complex. Piotr Traczyk, for example, decided to translate the data from the Higgs boson discovery seminar into music. The 4-lepton and gamma-gamma channel data were each mapped onto the major scale, creating a “sonification” for two different guitars. To make it a little more listenable, he also created some backing music to play beneath each guitar’s solo shred. It is heavy metal, after all.

You can hear the fast descending nature of the gamma-gamma part, and the 4-lepton part, Traczy writes “I figured that the resulting melody, if played low, could have been a guitar riff in a wacky heavy-metal song.” That part was performed on the CMS guitar, which Traczyk also created. The video performance took place in the CERN auditorium where the Higgs announcement was made, naturally.

Traczyk came up with the idea after working on the LHChamber music video to celebrate CERN’s 60th anniversary last year. For that, CERN engineers and physicists played a melody composed of five different experiment results.