This Summer’s Bug Forecast: Buggy With A Chance Of Mosquitoes

They're coming to suck your blood 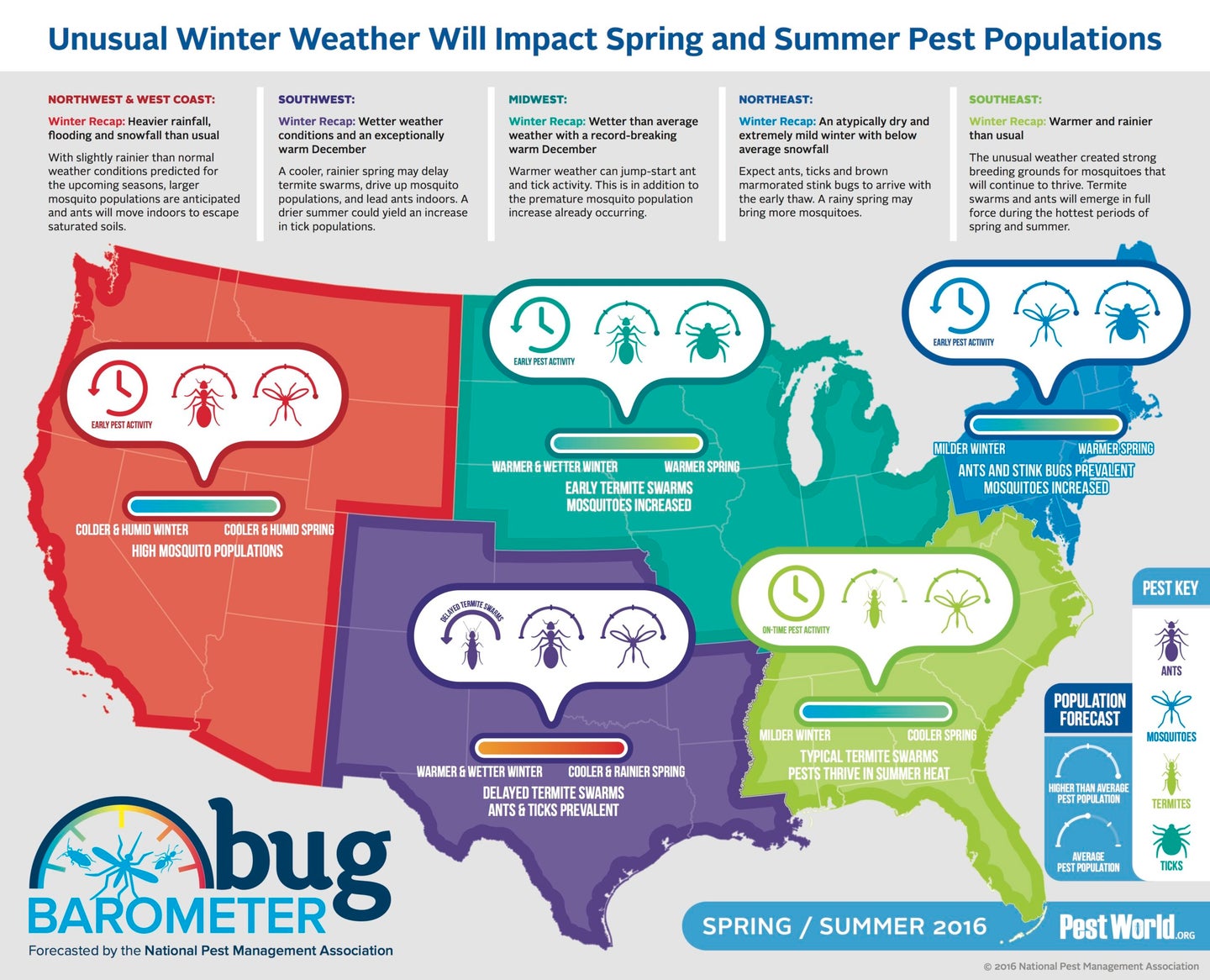 Forecast of pests for this spring and summer. National Pest Management Association
SHARE 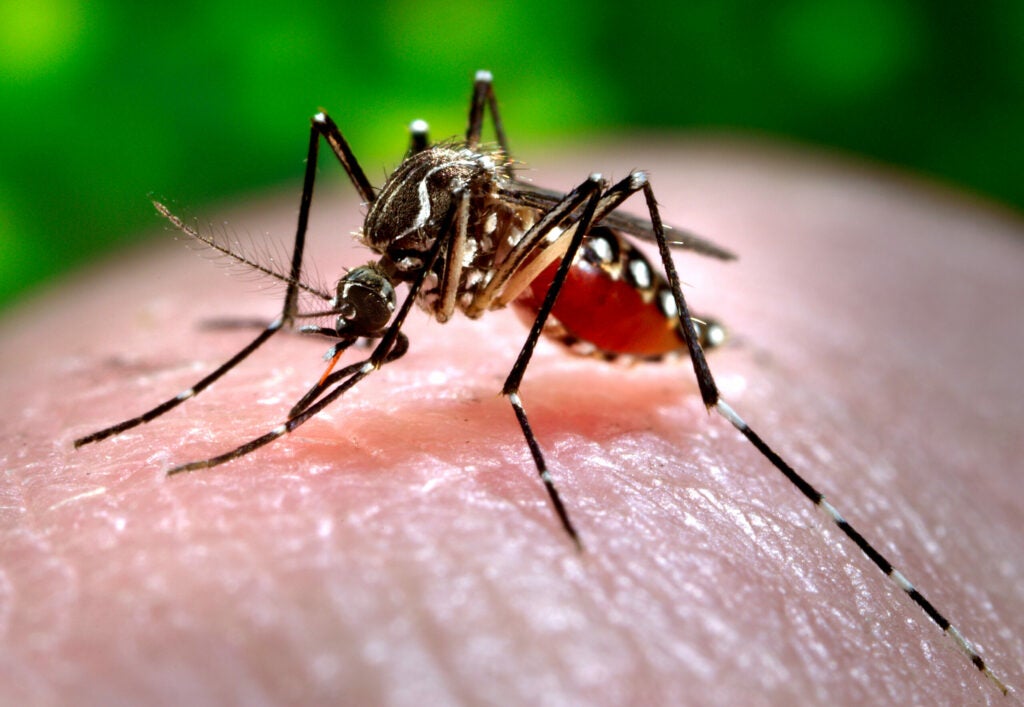 Ah, summer. Time for days filled with sun, and hours whiled away at the beach, pool or grill.

But there is a cost to all that fun, and we all must pay. The bugs are back in town.

The National Pest Management Association (an organization of pest management companies) just released its annual forecast for how bad pests might get this spring and summer, and unfortunately the news is not great.

Most of the country experienced a mild and wet winter, which could give pesky populations of insects a boost.

Jim Fredericks, chief entomologist for the NPMA told Popular Science that the two main weather factors that affect bug populations are temperature and rainfall or other precipitation. Temperature plays a role as insects are “cold-blooded”, and tend to become more active as the weather heats up. Excess rainfall can create standing water where insects like mosquitoes can lay their eggs. Larvae also thrive in standing water. 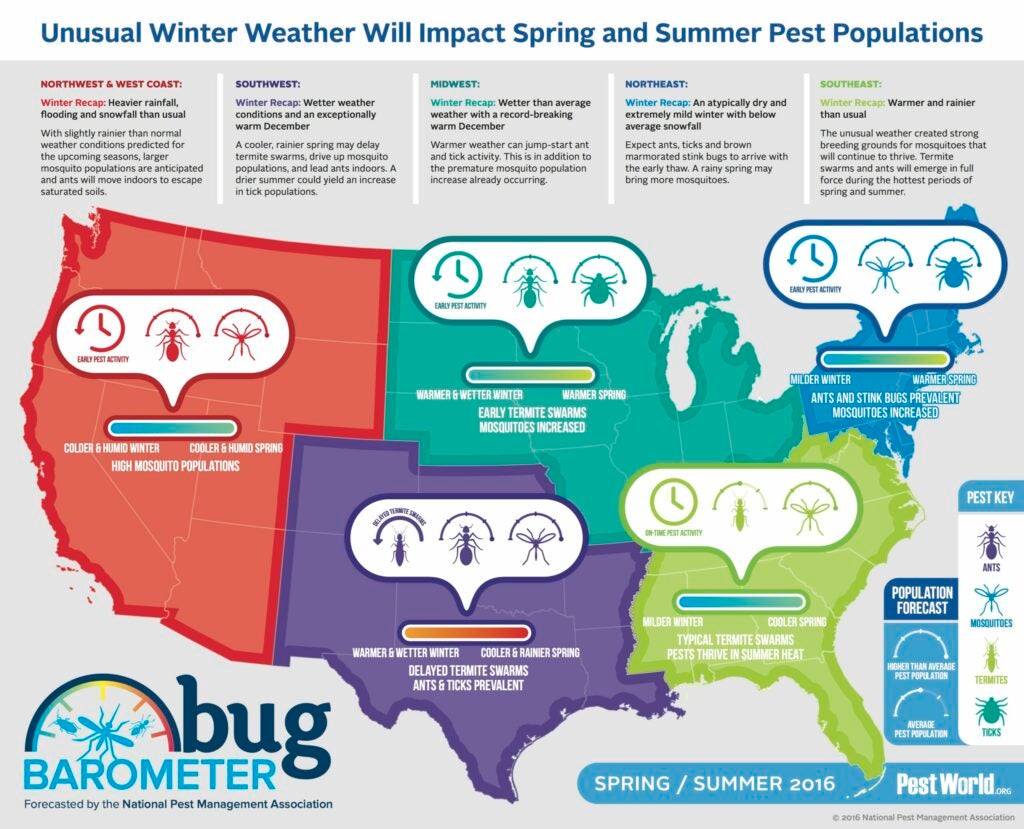 Forecast of pests for this spring and summer.

This winter was remarkably warm, which could provide a boost to insect populations. “There are a number of pests that overwinter or harbor inside buildings to stay warm in the winter,” Fredericks said. Which is why some homeowners may start to see bugs like ants inside their home as temperatures start rising. A mild winter could mean that more bugs managed to find cozy places to hide from the cold, and that fewer insects were exposed to freezing temperatures that could cut their populations down.

If this spring brings warm and wet weather, then the mosquito population is expected to have a particularly good year. In the Western United States, which is undergoing El Nino conditions, more rain could mean more mosquitoes, and more ants entering buildings to escape their sodden homes.

If the Northeastern states get plenty of rain this spring, they can also expect a banner year for mosquitoes, as well as an early start for ticks, stink bugs, and ants, thanks to a mild winter.

The Midwest, like the Northeast, had a record-warm winter, and will also see an early start to bug season, with increased numbers of ants and ticks. The situation is mostly the same in the Southwest, but a colder spring might delay the onset of termite swarms, a problem across the south.

The Southeast should expect mostly normal pest activity, with an increase in mosquitoes. What joy.

Mosquitoes are on everyone’s mind this summer, with their ability to transmit diseases like the Zika virus. While U.S. mosquito populations aren’t currently carrying Zika as far as we know, defending yourself from mosquito bites couldn’t hurt. Plus nobody wants to deal with itchy bug bites.