Two heads really are better than one 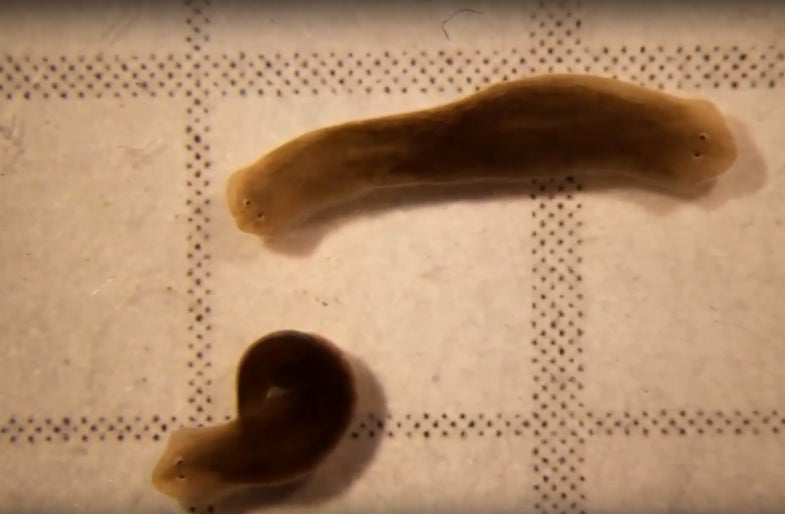 Today, if you lose your arm in an accident or on the battlefield, there’s no way to get it back. You join the two million other amputees in America who have to rely on ineffective prosthetics or else just make do without. But geneticist Michael Levin at Tufts University is hopeful that his work will someday allow us to grow back our lost limbs.

Levin, who is the subject of a recent Popular Science feature, manipulates the way electricity flows through cells to create six-legged frogs and other Frankensteinian creations. Such as this two-headed worm:

The video above was posted by Adam Piore, author of Popular Science‘s feature about Levin as well as an upcoming book on bioengineering.

For now, Levin’s research is mostly limited to experiments in simple, “cold-blooded” creatures like these flatworms. If all goes well, he could move on to humans in a few years or decades. Here’s what that might look like.