A network of 1,000 cameras is watching for Western wildfires—and you can, too

The camera system is expanding to Oregon and has even started to employ artificial intelligence. Here's how it all works. 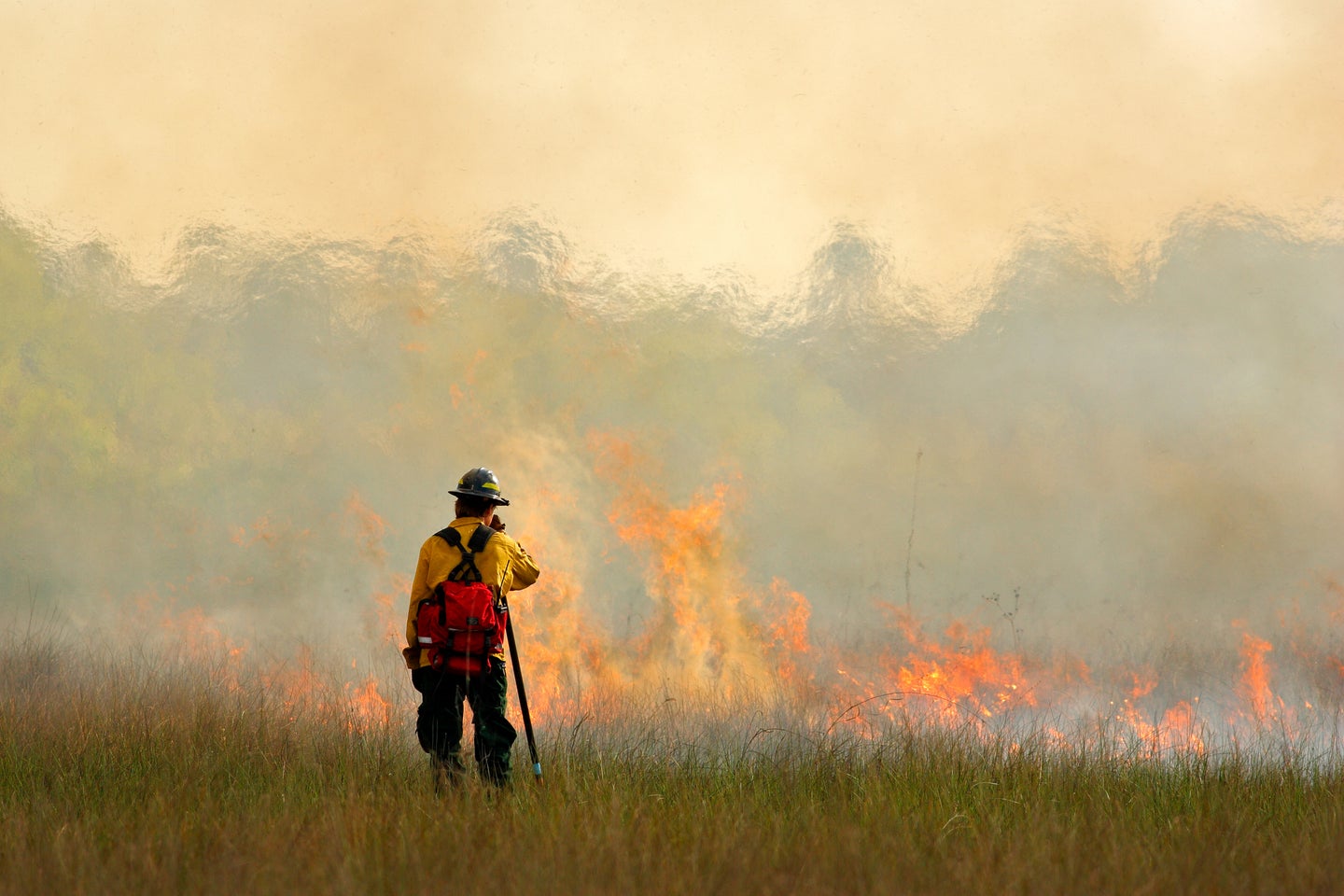 Across the Western United States, there’s a network of cameras streaming images of mountain peaks, coastal communities, quiet suburbs, and thick forests, revealing dramatic sunrises and the occasional wildlife encounter. The 24/7 feeds are free and accessible online, provided with the hope that the public will not only tune in but also look out for signs of smoke or a spark, potentially helping alert authorities about blazes before they pose a threat to communities.

Over the past decade, this ALERTWildfire network has grown from a few cameras around Lake Tahoe to about 1,000 in seven states, as well as some in Australia. The goal is to provide  officials with an easily-accessible source of intel in fire-prone areas, often offering a multi-angle view of wildfires and, as of recently, utilizing AI to act as an additional analysis tool. With a hot, dry summer and high-fire risk forecasted for the region, the system’s operators and partners are in the process of a multi-million dollar expansion in Oregon, and eyeing opportunities in  Washington and Colorado, states that have all experienced record-breaking wildfires in recent years.

“You can get that situational awareness, you can look at the wind patterns and see how it’s going in many places—you can look at it from three, four, five, ten different angles, so you kind of can see what’s happening every minute-by-minute,” explains Graham Kent, founder of the ALERTWildfire system.

In 2003, the Cedar Fire burned through Kent’s San Diego neighborhood. What stuck with him the most from the experience was the lack of reliable fire intel he felt was accessible to the public—a common concern of wildfire evacuees and even to the firefighters themselves.

Kent, who is also the director of the seismological laboratory at the University of Nevada, Reno,  had experience setting up microwave links to collect and communicate seismic data in the West. So, he decided to leverage that knowledge and network, setting up cameras on it that could be used to monitor the landscape for fires. The first ones were installed in Lake Tahoe in 2013.

“Early on, I think people thought we were crazy, except for about three firefighters,” Kent says.

But today, ALERTWildfire has become a go-to resource for numerous government agencies, first responders, researchers, everyday folks on “Fire Twitter,” and residents in camera-covered regions. A consortium of three universities— the University of Nevada Reno, the University of California San Diego, and the University of Oregon—run it, with cameras stationed in each of their states, as well as Washington, Colorado, Utah, and Idaho. Partnering with state, county, and private utility services, ALERTWildfire installs cameras on existing microwave network infrastructure. The Bureau of Land Management, local governments, and utility companies are among the public and private sources supporting its expansion across the region.

“These camera systems are another tool in the decision-maker’s toolbox to improve decision-making based on real or near-real-time information,” a representative from the Forest Service, which also helps fund the initiative, tells Popular Science.

For example, the Forest Service utilizes the cameras to observe changes in weather and forest conditions, confirm smoke reports without having to deploy any aerial equipment, and help firefighters determine how to mount their response to growing wildfires, among other uses. ALERTWildfire claims its cameras were used to provide “critical information” about more than 1,000 wildfires between 2016 and 2019. Kent says cameras are positioned based on intel from local fire authorities, and officials are given access to “pan, tilt, zoom, or move cameras around” virtually to best monitor any unfolding events. Meanwhile, Kent and his team are in charge of troubleshooting and trying to keep the cameras online as wildfires burn around them. To avoid having them shutoff during power outages, some run on solar power, while others are backed up by generators.

In recent years, ALERTWildfire has folded additional players into this process, including collaborating with artificial intelligence and machine-learning companies. Kent says they are currently working with Alchera, a South Korean company using AI to scan the camera feeds for smoke. Last summer, he says the AI issued a warning about the River Fire “within a minute of ignition,” beating the alerts officials received through 911. He’s quick to add this tech isn’t currently being used to replace other means of notification, but to provide another layer of verification and insight for firefighters.

“If you have a 911 call [reporting a fire] and an AI hit, or you have a Twitter hit and an AI hit, the fact that you have two hits pretty much tells you that’s a fire, right?” Kent says, offering some examples of ways firefighters might learn of an ignition. “So, by having two forms of confirmation or more as a fire professional, you know it’s time to really try to go in there and make sure it gets the attention it needs.”

Along with their utility for informing officials, Kent hopes the cameras can help give residents in these areas more utility to observe and understand their wildfire risk.

“We encourage people to start their own fire watch groups,” Kent says, describing a scenario in which community members get together on “red flag,” or high fire-risk days, and utilize the cameras to monitor their surroundings. “It’s all about whatever it takes to get any edge we can get on fire starts so we can knock ‘em down. So, instead of feeling hopeless, there is some sense that we can actually make a difference.”

Curious to check out some of the camera feeds yourself? Head to ALERTWildfire’s website and select from the drop-down “Regions” menu to choose views from across the West.