We’ve covered Blue Origin, the semi-mysterious space company founded by Amazon’s Jeff Bezos, in the past, but we never knew... 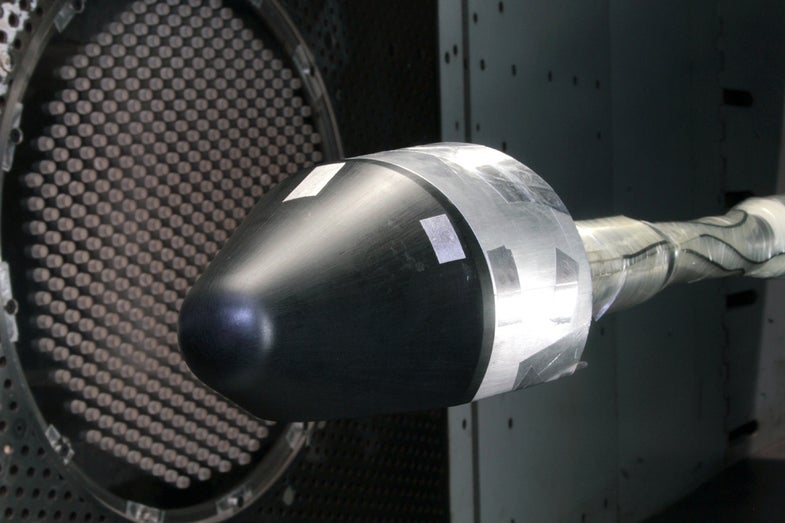 We’ve covered Blue Origin, the semi-mysterious space company founded by Amazon’s Jeff Bezos, in the past, but we never knew all that much about what they were working on. But they recently showed off their new space vehicle, which has completed wind tunnel testing and is named, in a fit of wild creativity, the “Space Vehicle,” and a little bit of their plans for the future. Looks like the Google guys aren’t the only web billionaires with extraterrestrial ambitions.

Blue Origin’s “Space Vehicle” (man, that name) would be sort of a replacement for the retired space shuttles, competing in some ways with other private companies like SpaceX for the right to transport astronauts and equipment to the International Space Station (or low orbit, if there’s a need for that). It has an unusual wingless design, referred to as “biconic,” instead of boasting a bunch of flaps and fins and wings. The craft is small, much smaller than the space shuttles, but could still carry seven people to the ISS. And Blue Origin’s stated goal is to bring down the cost of space travel, so that many more people can do it–very different from Planetary Resources or even SpaceX.

Much of the reason they’re giving any information–Amazon, like Apple and unlike Microsoft, Samsung, Google, and basically every non-Amazon non-Apple company, typically does not show unfinished or in-progress projects–is that Blue Origin is funded in large part by NASA, to the tune of some $22 million. That’s part of NASA’s efforts to encourage a category of private spaceflight.

Blue Origin hopes to launch by the end of the decade.