All Of America’s Waterways On One Map [Infographic]

And you thought the U.S. had deserts! 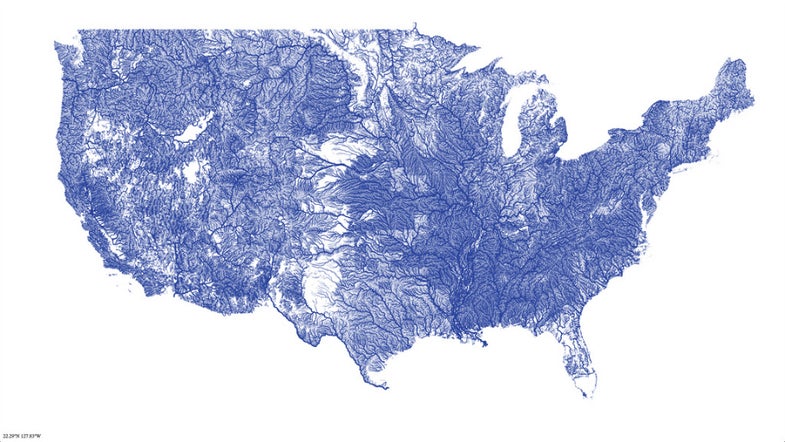 Who knew America was so well hydrated? These maps, created by former Google engineer Nelson Minar using data originally from the U.S. Geological Survey, show America’s extensive system of waterways, including streams, tributaries and creeks. Even in places you don’t often think of as water-logged, it’s a surprisingly expansive network.

As beautiful as the maps turned out, Minar created the project largely just as a tutorial on how to make a vector-based map. (His code and more background on the process are on GitHub.) “It’s mostly a demo project with readable source,” he writes on his blog, “but it’s also kind of pretty.”

This particular map includes all flow lines, which is why you see a lot more blue than you might expect in desert areas–it encompasses seasonal water flow, like creek beds that are dry for much of the year. Down in Florida, the Everglades don’t have well-defined enough flow lines, so the swampy preserve isn’t included, and the state looks mysteriously white in comparison to, say, New Mexico.

And here’s California and some of the surrounding area (look how all the squiggles converge on the California Delta near the San Francisco Bay over at the left): 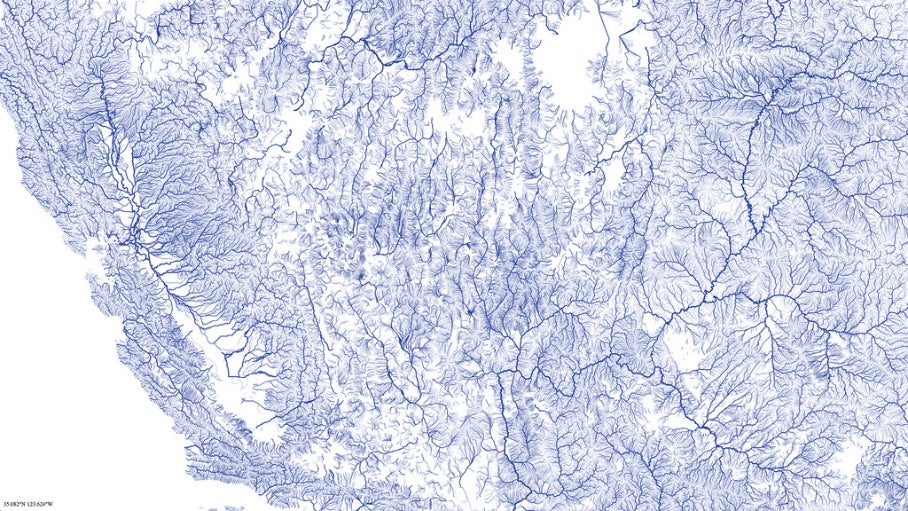 You can see the full zoomable map and pinpoint precise waterways here.