The same robots used by the US military in Iraq and Afghanistan come to Brazil. 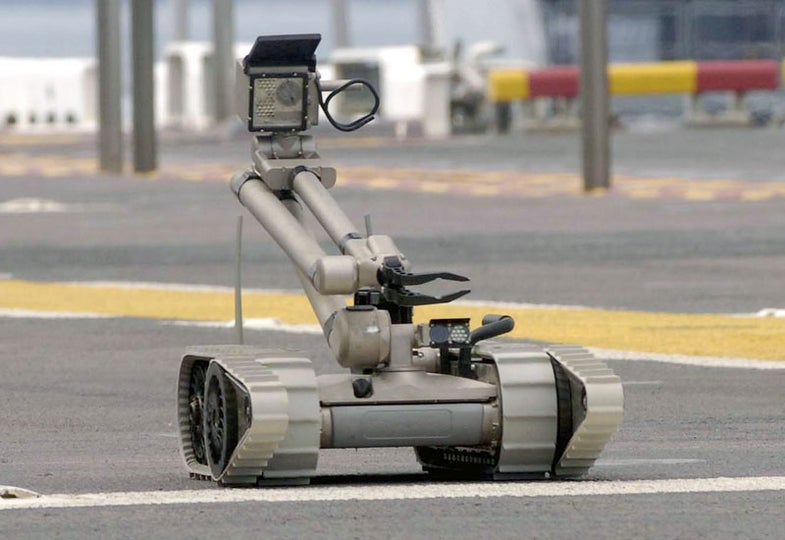 Brazil has a big couple of years coming up: the FIFA World Cup and the pope are both coming to Brazil in 2014, and the summer 2016 Olympic Games will be held in Rio. To ensure the safety of those attending those events, Brazil has brought in the big guns: robots.

The Brazilian government has contracted iRobot, makers of both circular vacuum-bots like the Roomba and military/rescue tools, to provide iRobot 510 PackBots for the preparation of these events. The 510 PackBot will be used during the construction of the Olympic stadia, to make sure no explosives are being planted during this messy phase, and also to clear routes. It’s not a dissimilar job from what the 510 PackBot does in the military–and over 5,000 of them have been deployed worldwide, for military purposes. They’re even used by the US military in Afghanistan.

Brazil contracted iRobot to provide $7.2 million worth of 510 PackBots. The PackBot uses a remote controller, not unlike a videogame controller, and its base model is weatherproof and capable of withstanding a six-foot drop (and righting itself, if it lands upside-down). But it can also be equipped with all kinds of sensors and gadgetry, from high-def cameras to bomb-defusing devices to explosive detection sensors to a hazardous materials sensor that can collect and identify samples from the air.

It’s not totally clear what Brazil intends to do with the PackBots, though it’s safe to assume reconnaissance. They should arrive this year, to prepare for next year’s events. Read more over at CNET.