This Device Turns A Charcoal Stove Into A Cell Phone Charger

Also it might provide electricity to the undeveloped world. 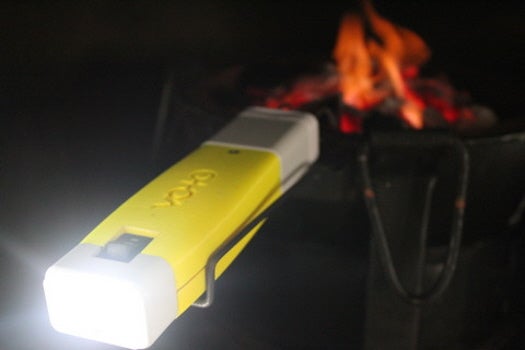 VOTO is a new device that turns fire into a power source for cell phones. Now, where there’s fire, there can be modern civilization!

The key is a fire-activated fuel cell. The fuel-cell end of the device is placed into a stove, below the charcoal, and can stay there while the stove is used for cooking. The rest of the device juts out from the stove, looking like a pot handle, and the cell phone charges from a cord at the end of the VOTO (away from the fire, thankfully). Using oxygen from the air the fuel cell converts the burning carbon and hydrogen biomass into electricity.

VOTO isn’t the first device to pair stoves and cell phones. There’s already a campstove that turns waste heat into electrical energy. What VOTO does differently is insert the fuel cell directly in the fire of a stove someone already has.

The device is designed with two very different customers in mind: campers in the developed world that want to use some electric devices while out in nature, and people living in underdeveloped parts of the world who already have cell phones but lack home electricity.

Watch the CEO explain the device below: