Can a married person ethically use a sex robot? Is that cheating? And more questions answered by today's best poll (about people having sex with robots). 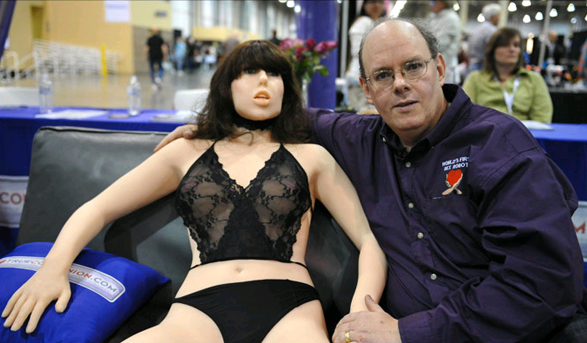 A poll conducted by the Huffington Post and YouGov focused on the desires and ethical questions surrounding the most pressing issue of our immediate future: sex with robots.

To be fair, the poll also asked Americans about robots in the military, which is, like, a legitimate question given our recent discovery that we can have robots shoot people, as well as questions about robotic (autonomous) cars and robots in the workplace. These are all more pressing issues, given that those are all here and affecting people right now. Google and various automakers are testing autonomous cars, robots have a huge effect on the workplace, and did we mention that we’re shooting people in Afghanistan and Pakistan with robots?

But! That’s all not as interesting as robosex. So! 18 percent of respondents (a sample of 1,000 Americans, with the aim of even representation across age, sex, race, income, etc) said they believe sexbots will be available by 2030. 9 percent admitted they’d have sex with one.

So, readers: Would you bonk a robot? Related: Would you be okay if your partner bonked a robot?