What Causes So Many Drone Crashes?

The answer is a lot simpler than you'd think. 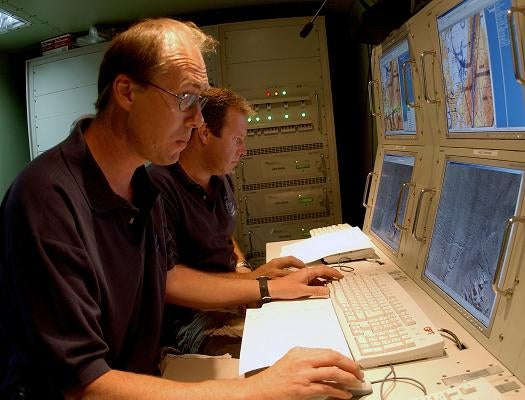 Consider it a case of putting the drone before the driver. As drone use has taken off, human error remains a leading cause of unmanned aerial vehicle crashes. The problem is that drones are currently controlled by many different mechanisms, from joysticks to mouse-and-keyboard configurations to touchscreen interfaces. This variety introduces more opportunities for mistakes, especially when multiple important controls are placed in close proximity.

A new article in the journal of Ergonomics in Design suggests a simple solution: better ergonomics. The report recommends that drone-pilot workspaces be configured in accordance with the blandly named “ANSI/HFES 100-2007 human factors standard”, a guide to which can be purchased for $340 (you can read a rough overview here.) Basically, the authors argue that drone controls should be standardized, and they should look like a regular computer setup.

To illustrate what can go wrong when drone controls get too complicated, the report details an incident in which a drone operator, using a joystick, missed the landing gear button and instead killed the engine, causing the drone to stop flying and plummet out of the sky.

As early as 2005, a study of UAV crashes suggested that improved interfaces may reduce the number of accidents. The fact is, there’s no reason to fly a drone with a joystick. That is a holdover from Air Force practices, and while it makes a lot of sense for an on-board pilot, so much of drone flight is automated that simpler, human-proof interfaces are better. Hence the recommendation of workplace ergonomic standards–while the drones themselves are more complicated than regular cube farm tasks, piloting them shouldn’t be. Adopting and adapting to the mundane of an office might be the least cool thing for drone pilots to do, but it’s also the most fiscally responsible.