Last week was a busy one for the Comprehensive Test Ban Treaty Organization, a detection agency set up to identify... 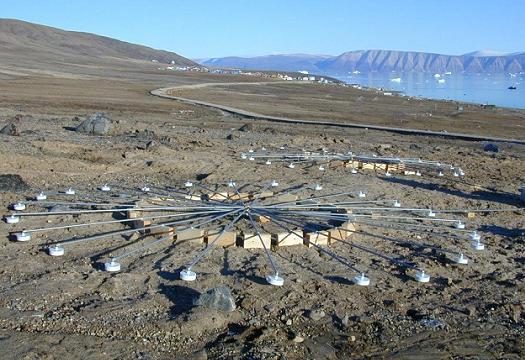 Last week was a busy one for the Comprehensive Test Ban Treaty Organization, a detection agency set up to identify nations when they test nuclear weapons banned by treaty. On Tuesday, the organization’s seismographs detected a rumble in North Korea that could only have been an atomic test. Then on Friday, CTBTO infrasound sensors picked up an explosion over Russia, but this time, it wasn’t a nuclear test. Instead, the sensors picked up short-frequency sound waves from the Chelyabinsk meteor blast. The blast was so powerful that sound waves were detected as far north as Greenland and as far south as Antarctica. Scientists quickly determined that the event was a meteor, not a nuclear weapon, because the sound-wave pattern indicated a moving object.

If you want to hear the sound yourself, the CTBTO has released audio from the explosion. Infrasound is too quiet to be heard by the human ear, so researchers modified the data to make it audible:

In the months to come, researchers will look over the data picked up by these infrasound sensors to learn as much as possible about the meteor. While set up to monitor rogue nuclear tests, the sensors put in place by the CTBTO are in the meantime capturing scientific data we would have otherwise missed.