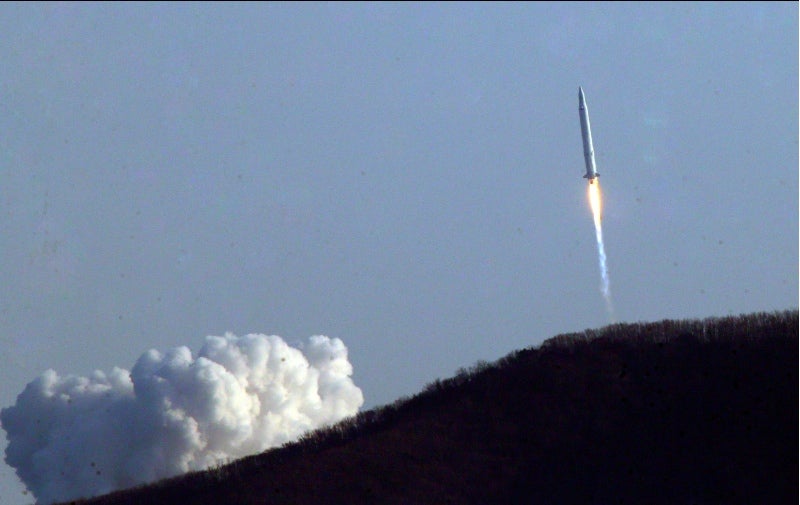 In what might be considered a chemically-fueled middle finger aimed at its neighbors to the North, South Korea has successfully launched a rocket into space and placed a satellite into orbit, officially inaugurating itself into the global club of spacefaring nations with a satellite fielding capability. This of course follows on the heels of December’s successful space launch and unsuccessful satellite deployment by North Korea, whose space program is largely viewed as a thinly-veiled ballistic missile test initiative.

Satellite Launch Vehicle-1 (known as Naro) lifted off at 4 p.m. local time from South Korea’s southwestern coast and successfully separated from its satellite 540 seconds later. Although a transmitter on the satellite failed during launch, the satellite achieved a stable orbit that was within an acceptable margin of error, making it a success in the eyes of independent scientists and the international space community.

Pressure had been mounting on South Korea to one-up its northern rival since the mid-December launch of the DPRK’s Unha-3 launch vehicle, which also successfully separated from its payload but sent it tumbling into an unstable and deteriorating orbit. North Korean mission handlers have reportedly not been able to communicate with it since. The successful attempt marks South Korea’s third go at satellite orbiting–the first two, in 2009 and 2010, ended in failure, and the third try had been delayed twice, in October and November of last year, due to hardware and software problems discovered at launch time.

And so South Korea’s successful rocket launch has been greeted by most of the world as a great and welcome achievement, while North Korea’s was met with condemnations and U.N. sanctions–the latter of which has prompted the DPRK’s leaders to vow that it will test more satellites and long-range rockets that are aimed at the destruction of the United States, “the archenemy of the Korean people.” That may not sound fair exactly, but then again, how about trying a little honey instead of vinegar, DPRK?