Naro-Tartaruga can carry plenty of payload and still move through the water with ease. Turtle Power! 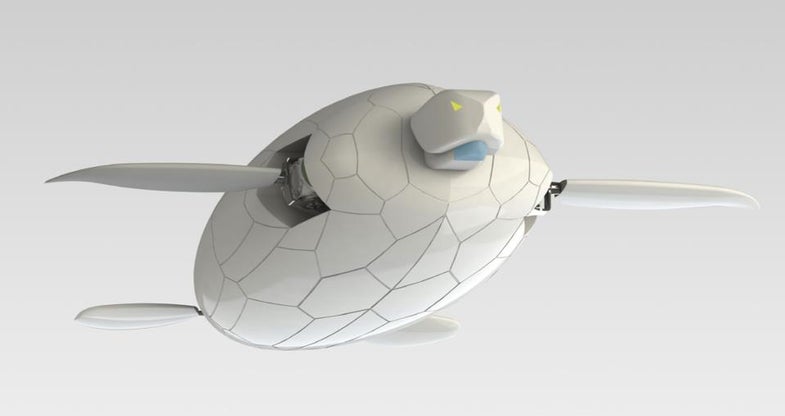 The makers of quadrocopters and other fun robots at ETH Zurich may be landlubbers, but that does not stop them from designing objects that swim. The Swiss students are working on a turtle-inspired bot that can swim with efficiency while carrying plenty of cargo. The Naro-Tartaruga may not be as glide-y as a fish or eelbot, but it might be easier to build, and it is better for carrying payloads and robot parts like batteries and controllers.

As of now, the robot is a cylindrical aluminum vessel with turtle-inspired flippers, which will help it propel itself through the water. Concept designs include the more realistic-looking turtlebot seen above. The research team at ETH Zurich started with a tuna in 2008, studying how to imitate its movement in water. The main goal is to pick a winner between flapping fins and propellers. Whichever is more efficient could power new generations of ocean-inspired underwater autonomous vehicles. 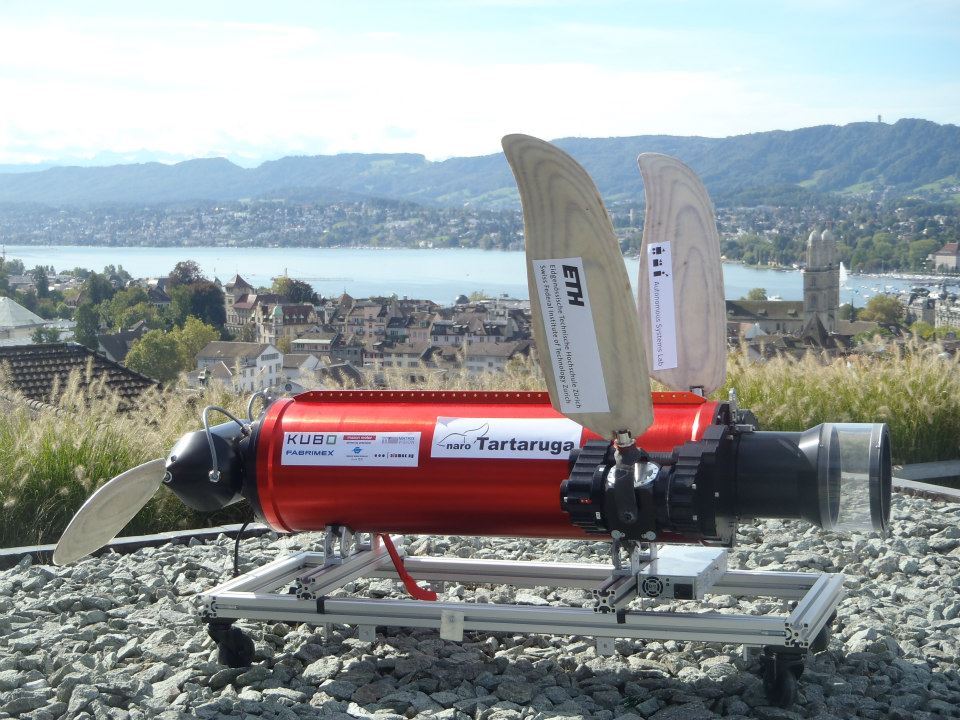