When we feel there’s a situation out of our control, we often fall back on superstition to account for it.... 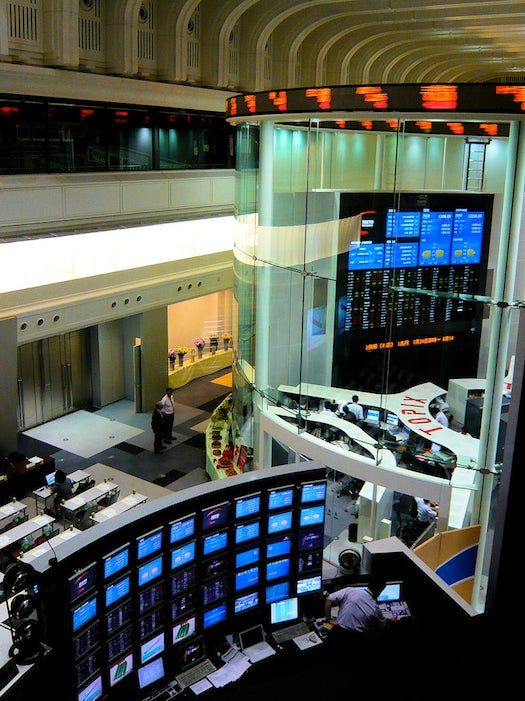 When we feel there’s a situation out of our control, we often fall back on superstition to account for it. (“Nothing else is working, why not blame it on that black cat?”) But when enough of us rely on superstition, it’s not just an individual comfort; it starts to have real repercussions. Now a designer has created an algorithm trades stock superstitiously, and it’s going to see if gambling based on full moons and thirteens can pay off.

Sid the Superstitious Robot (for which you can see the open-sourced code if you’re so inclined) is governed by a set of rules programmed by 25-year-old Shing Tat Chung. Among them are a phobia of the number thirteen that prevents it from trading stocks on the thirteenth day of the month. On the other side of the scale, it has an affinity for new moons, but will sell during a full moon. It’s a rewiring of other trading systems that make decisions based on more rational changes, such as costs of certain goods or other expected outcomes.

But those beliefs aren’t concretely set; Sid incorporates new ones based on feedback from his performance. That doesn’t equate to rationality: a certain pattern can be observed but also be imaginary, and the algorithm will incorporate it based on a superstitious “feeling” that it evokes.

We’ve seen some amazing-sounding algorithms even recently, but so far this one’s just doing OK. It’s at -5 percent of its original amount of cash, compared to a relative rise of about 4 percent on the market. But it does seem like the stock market is the place to try this; superstitions probably affect it at least somewhat, and an algorithm trading based on that could give us a glimpse into the rules of risk we subconsciously follow. The experiment will continue using real people’s money, and at the end of the year we’ll get to see what betting on full moons can buy.