The San Diego Zoo, one of the best-regarded zoos in the world, has spent several years promoting biomimicry and its... 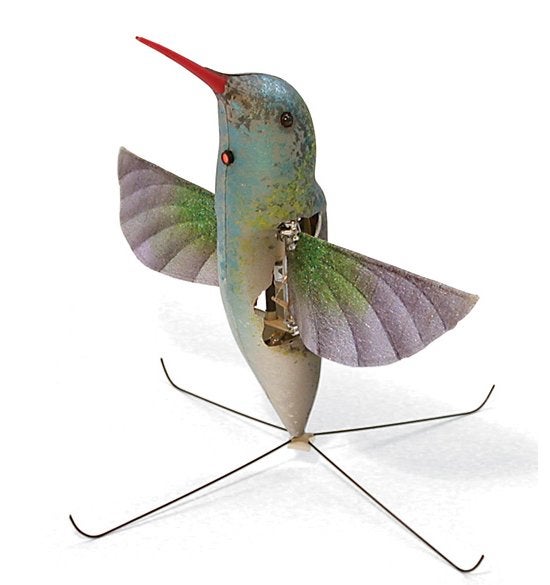 The San Diego Zoo, one of the best-regarded zoos in the world, has spent several years promoting biomimicry and its potential benefits to the economy and various research fields. Now the zoo is really ramping up its inspired-by-nature kick, launching an entire Centre for Bioinspiration, complete with the British spelling. Come look at the amazing animals, get excited and then design a cheetahbot!

The newly opened bioinspiration center will contain a product incubator, space for designers and startups to work on new concepts and develop their products. The goal is to spin off new companies or devices that can trickle into the San Diego economy. The zoo points to one local example made by San Diego-based Qualcomm — the Mirasol e-reader display tech, which is modeled after the iridescence on butterfly wings.

There are plenty of other examples of natural features or functions inspiring robots, devices and other things — gecko feet for adhesive, hummingbirds for quiet UAVs, and so on. The zoo commissioned a report last year that says biomimicry could generate as much as $300 billion annually to the U.S. economy by 2025, according to Xconomy.

“Through the years, nature has faced all of the challenges that we humans face today and has solved them,” said the center’s new director, Larry Stambaugh, in a statement.

Animal caretakers and other zoo staff will research their subjects and suggest possible bio-inspired capabilities, and companies will collaborate with them to design actual products. This new center is thought to be the first zoo-based biomimicry research site, the BBC reports.