With narration from JPL humans 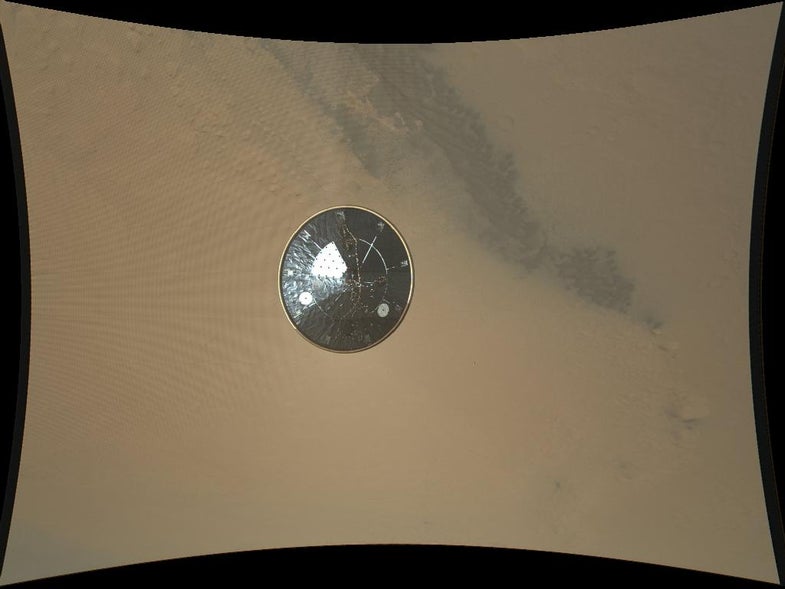 As promised, NASA has stitched together high-resolution imagery of the descent and landing of the Mars rover Curiosity, captured from the rover’s own bellycam. The full-color four-frame-per-second video is below, with synchronized narration from Allen Chen and the other scientists in the control room at the Jet Propulsion Laboratory.

At first, all is dark for the Mars Descent Imager, aka MARDI, as Curiosity is still nestled in its backshell. Then the heat shield falls away, and Curiosity starts filming the surface of Mars. The dust billowing up near the end is from the sky crane hovercraft lowering the rover to the surface.

As this was happening a couple weeks ago, NASA lost direct contact with the rover (as expected), so Chen and the others were viewing the spacecraft’s progress via the Mars Odyssey orbiter. Not to mention the 14-minute light time delay between Mars and Earth. But everything was picture-perfect from Curiosity’s own vantage point: