Video: Design, Program, and Build a Customized Army of Robots In a Day

The robots I’ve personally used are just vacuum cleaners and toys, but even so, these creations took their designers years... 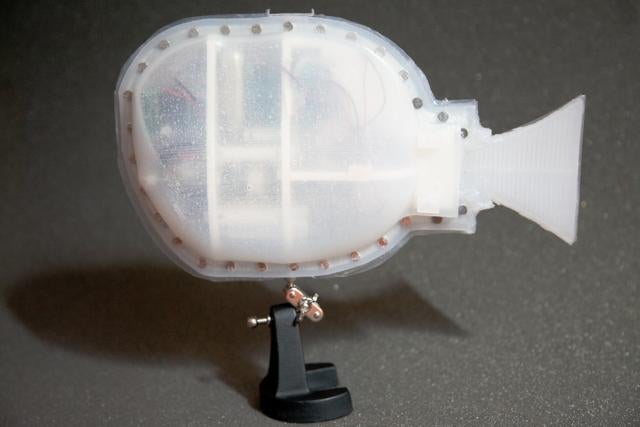 The robots I’ve personally used are just vacuum cleaners and toys, but even so, these creations took their designers years and countless sums of money to build. But a new project aims to let anyone design and create a custom automaton from the comfort of home.

Printable Programmable Machines is a scheme to democratize robot manufacturing. You wouldn’t need to be a CAD expert, a tinkerer or a programmer — you could just fiddle with a computer a little bit, maybe sketch something out, and automated software would design your concept and prepare it for creation.

A home additive-printing system, like maybe a souped-up Makerbot, would extrude your new plastic pal.

The PPM project is built on the notion that it takes too long and it costs too much to build a robot, in part because there are few universally adopted standards. This project could work like an API for robots, enabling faster and more streamlined creations.

“This research envisions a whole new way of thinking about the design and manufacturing of robots, and could have a profound impact on society,” explains MIT professor Daniela Rus, the project’s leader. To build the technology that would make this possible, MIT’s Computer Science and Artificial Intelligence Laboratory has a new $10 million grant from the National Science Foundation, which kicks off today.

Researchers at CSAIL and at Penn already have a simple programming system and are testing various materials to figure out ideal combinations. They built some quick prototypes to demonstrate how it might work, including the robot fish above and the below gripper, which could potentially be useful for people with mobility limitations. They also built an origami insect-bot, which you can see crawling around in the video below. It looks sort of delicate, but it really works. 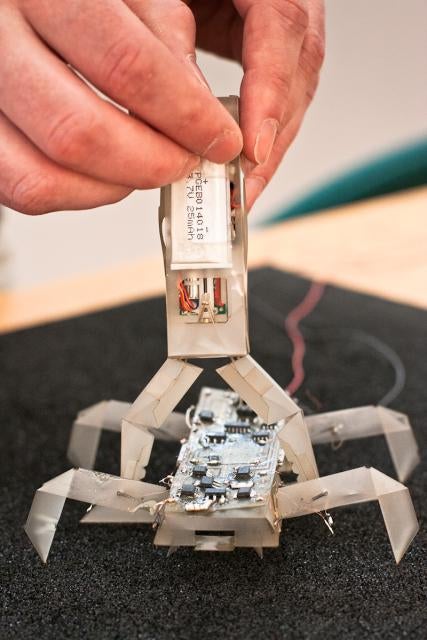 The best part: Once the designs were in hand, it took less than two hours to build these prototypes, according to CSAIL. Two hours for a fully functioning robot is pretty impressive. The team wants to automate the design process, too, making it even simpler to bring something from concept to creation.

The practical applications are many and varied, but if this project really does result in a universal bot-building kit, then the creations are only limited by imagination. If you could dream up any robot you might want, roughly sketch what it might look like, and build it yourself, what would you make?