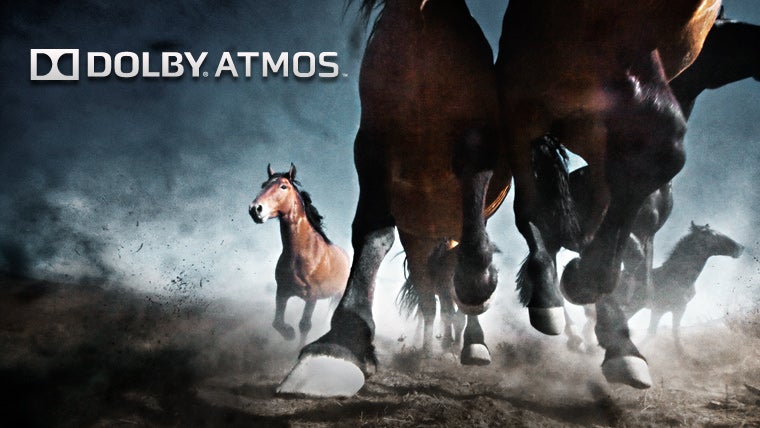 Dolby Laboratories announced a new audio system this week, called Dolby Atmos, that the company calls “an entirely new viewing experience for theatergoers.” It’s kind of a next-generation surround sound, blanketing the theater with sound–instead of coming from typical left and right channels, sound will come from as many directions as there are speakers, including above and below. That means footsteps will emanate from the ground, and realistic raindrops will patter above your head–and since it supports up to 64 speakers, sound could come from anywhere.

The Atmos system is one of a crop of next-gen audio technologies–it’s very similar to SRS Labs’s Multi-Dimensional Audio, or MDA, which was shown off at this year’s CES. (Our friends at Sound + Vision have some more info on that.) The idea is that new sound mixes will include metadata that serves as directional cues for each object, so the specific mix of speakers won’t really matter–that sound of a doorbell ringing won’t come from the rear left channel, it’ll just have data instructing it to come from a location to the back and left. Then some post-processing will send the sound out to the specific speaker in each particular setup best suited to comply with that direction. That means you can get much more specific with sounds, useful for new setups that could have dozens of individual speakers, since the post-processing will decide which speaker the sound should come from.

And there will be dozens of speakers in some higher-end Atmos (or MDA) setups, especially in movie theaters. Why not put speakers in the ceiling, the floor, every corner, every wall? That’s slightly less useful for home theaters, but it would certainly eliminate the problem of having a 5.1 receiver and wanting a 7.1 setup. Just add more speakers!

The audio company Harman, which is behind lines like Harman-Kardon and JBL, is already on board to create new Atmos systems, and Dolby hopes they can begin pushing Atmos out to movie theaters later this year.