Video: PopSci’s Favorite Japanese Fembot Gets a Modeling Job at the Mall

Add 'mannequin' to the list of jobs being replaced by robots 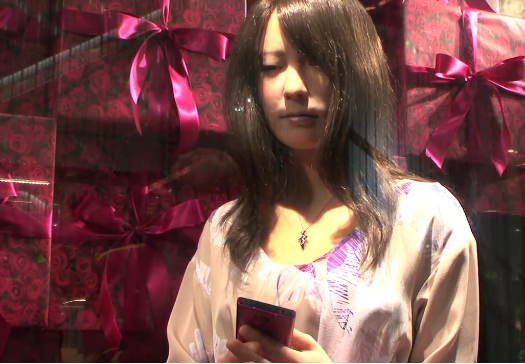 In this economy, a job is a job. And while we await the day that we can hire our robot companions to handle our household duties, humanoid semi-celeb Geminoid-F is exploring other possibilities at a Takashimaya department store in Tokyo. Here, Geminoid is blazing a trail for androids everywhere by taking a job in a storefront window to see how the humans passing by respond.

The idea, according to Geminoid-F’s creator, is to see how people respond to an android in the window rather than the usual mannequin. Mannequins, after all, are static and don’t show off clothing in a real-world, kinetic way. Ideally a store would have live models in their displays, but that’s simply impractical. But he thinks androids can fill that role admirably, interacting with passersby while showing off clothing worn by a real human analog.

So Geminoid-F sits there coyly, acting as though she’s waiting for a friend. She’s programmed with emotions and 65 different actions triggered by her sensor data. She doesn’t speak to anyone, but occasionally she will look up at viewers, and perhaps return a friendly smile. But mostly she just ignores you and stares at her mobile device. These robots are getting more and more realistic all the time.