Drones Will Be Admitted to Standard US Airspace By 2015

The skies are going to look very different pretty soon, and it’s been a long time coming. Congress finally passed... 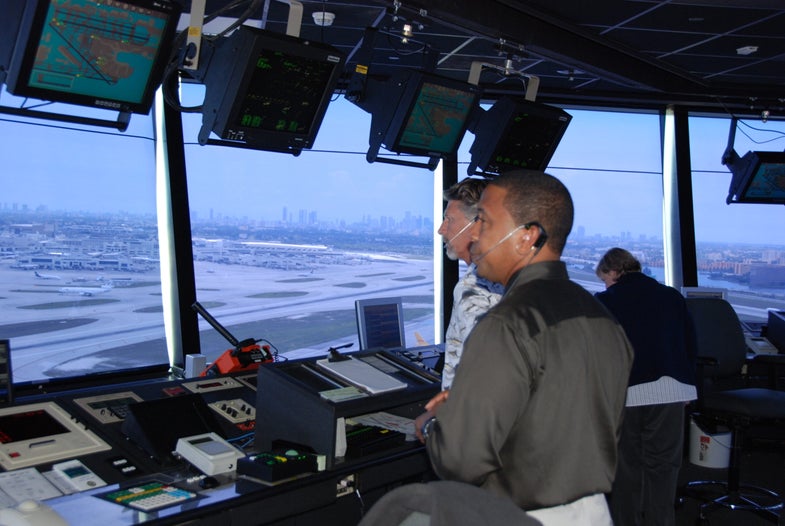 The FAA's NextGen update is finally being funded. The overhaul of the nation's airspace system will include different landings for passenger planes and room for drones in human-piloted airspace. FAA
SHARE

The skies are going to look very different pretty soon, and it’s been a long time coming. Congress finally passed a spending bill for the Federal Aviation Administration, allocating $63.4 billion for modernizing the country’s air traffic control systems and expanding airspace for unmanned planes within three and a half years.

By Sept. 30, 2015, drones will have to have access to U.S. airspace that is currently reserved for piloted aircraft. This applies to military, commercial and privately owned drones — so it could mean a major increase in unmanned aircraft winging through our airspace. That’s airspace to be shared with airliners, cargo planes and small private aircraft.

As it is now, drones can only use some pieces of military airspace and they can patrol the nation’s borders. Some 300 public agencies can also use drones, according to the AP, but they must be at low altitudes and away from airports.

The FAA has spent years planning its NextGen upgrade, a new system designed to streamline traffic at airports, save fuel and reduce air travel headaches. NextGen is a behemoth program that consists of several complementary systems, notably the Automatic Dependent Surveillance-Broadcast, or ADS-B in airspace lingo. This system uses GPS to determine aircraft location, and it will enable planes to land in a more efficient, steep glide, rather than the fuel-wasting stair-step descents of the past and present. This is already being rolled out in some places, but the new bill requires the FAA to set up new arrival procedures at the country’s 35 busiest airports.

Eventually, planes will all have GPS that can update a plane’s location every second, instead of the six to 12 seconds it takes with current radar systems, AP points out. This will allow pilots to know where their planes are relative to each other, and this could help ease congestion and make for smoother taxi procedures.

NextGen has been planned and debated for years, and the modernization plan has been stymied by Congressional wrangling since 2007. This new bill, which now goes to President Obama for his signature, will finally get things moving again.