Gallery: Last Night’s Auroras as They Appeared from Across the Hemisphere

If you saw it firsthand then you had no choice but to notice it, but for the rest of us... 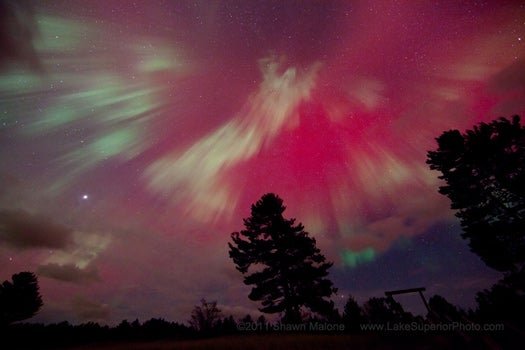 If you saw it firsthand then you had no choice but to notice it, but for the rest of us who weren’t so lucky, here’s the deal: yesterday a coronal mass ejection, a.k.a. a CME, a.k.a. a solar storm or a huge burst of solar wind emanating from our sun slammed into our atmosphere at about 2 p.m. EDT. That mass of charged particles compressed Earth’s magnetic field and sparked a pretty intense geomagnetic storm, resulting in what you see here: breathtaking auroras that are usually confined to high latitudes spilled out across North America, reaching as far south as New Mexico and Alabama.

That’s pretty far south. SpaceWeather.com reports this morning that auroras were visible last night in more than half of U.S. states, an extreme rarity. Photographers submitted stunning pics to SpaceWeather from such unlikely locales as Tennessee, Kansas, Arkansas and Oklahoma. In the Deep South–a region unaccustomed to taking in the northern lights–skygazers reported seeing rare deep red auroras that only occur during serious geomagnetic storms and are poorly understood.

All that adds up to a special occasion for most of us in the lower 48 who never get to see even a wisp of an aurora, much less a dazzling display like those that were reported nationwide last night. If you missed it, you can still catch a glimpse of last night’s fireworks via the gallery link above. 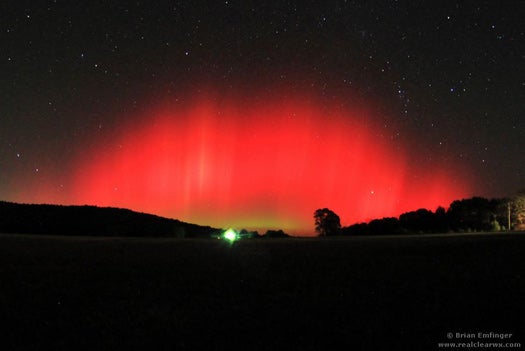 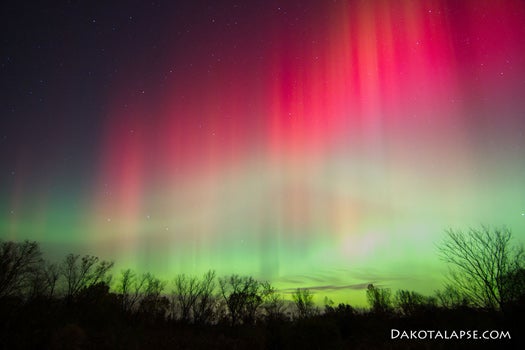 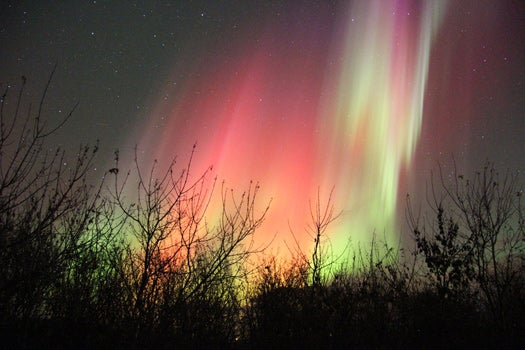 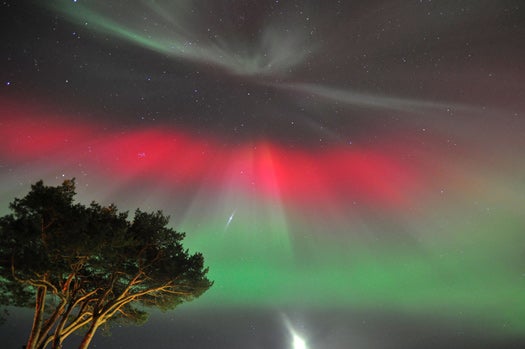 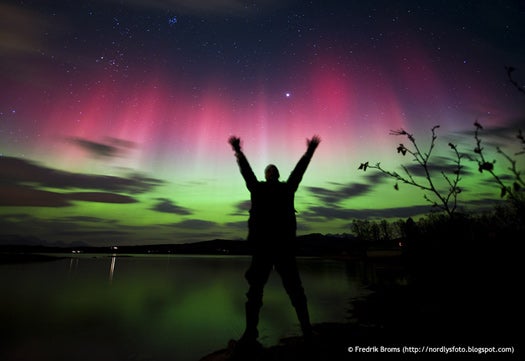