With Two New Space Science Missions, ESA Will Fly to the Sun and Look For Dark Energy 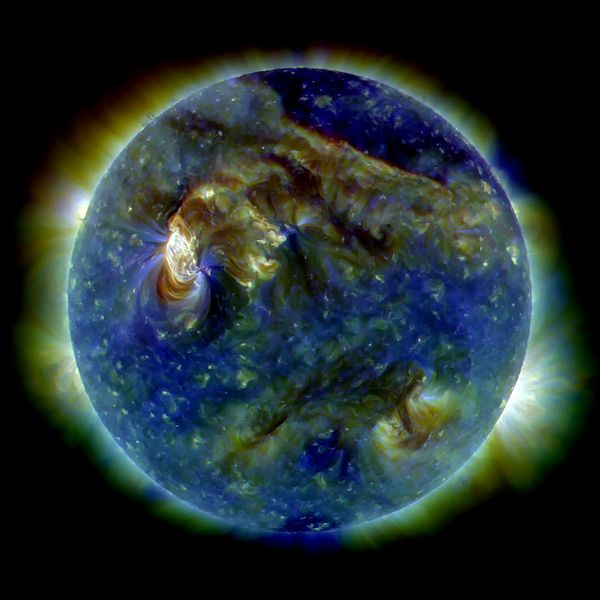 The European Space Agency announced its next two space science missions yesterday, and given recent events they may not come as a huge surprise. The first will orbit the sun, coming closer to the solar surface than any previous science spacecraft to measure the solar wind and its influence on the planets to an unprecedented degree. The second will explore dark energy and the accelerating expansion of the universe–a characteristic whose discovery won three physicists the Nobel prize in physics yesterday.

The missions, Solar Orbiter and Euclid, are medium-class missions, which is ESA parlance for costing less than 470 million euros each (that’s about $625 million). They are slated for launch in 2017 and 2019 respectively.

Given the recent uptick in solar activity as we head toward the solar maximum in 2013, the sun and its effects on Earth have been getting their fair share of ink lately. And they should be; a catastrophic solar flare could plunge entire regions into darkness for months, disable satellite communications, and potentially knock airliners from the sky. As such, Solar Orbiter aims to learn more about the solar wind–the flow of particles that constantly washes over the planets–by flying very close to the sun, closer than any probe before it. From there, it will observe exactly what accelerates the solar wind and sample the wind itself from points very close–relatively speaking–to the solar surface.

Then there’s Euclid, which will study phenomena much harder to see than the sun. Euclid will be more like a space telescope, mapping the large scale structure of the universe with unrivaled accuracy and searching for clues as to why its expansion is accelerating. That is, it will be searching for the keys to dark energy by peering 10 billion light years into the cosmos and reconstructing the process by which the universe expanded and its structure grew during the last three quarters of its lifetime.

The missions will be the first in the ESA’s Cosmic Vision 2015-2025 plan, which will seek answers to four questions: What are the conditions for life and planetary formation? How does the Solar System work? What are the fundamental laws of the Universe? How did the Universe begin and what is it made of?

A third mission, an exoplanet hunter named PLATO, was not given the green light but could be unshelved for a future flight competition later in the decade.