Within the confines of the PopSci universe, the Da Vinci surgical robot requires no introduction. But while we’ve seen Da... 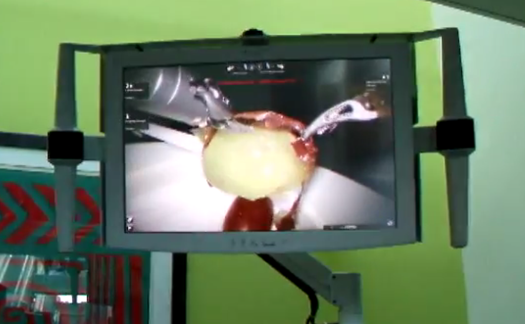 Within the confines of the PopSci universe, the Da Vinci surgical robot requires no introduction. But while we’ve seen Da Vinci do some amazing things–most notably, perform prostate surgery, though lacing the football and making paper planes were pretty cool too–we’re always thrilled to see the dexterous machine do something else. And so we bring you this footage of Da Vinci, peeling a grape like peeling grapes is easy.

The footage comes via an event at Southmead Hospital in the U.K. aimed at raising awareness of men’s cancers. To show just how effective Da Vinci can be in the operating room, urology fellow Ramesh Thurairaja grabbed the sticks and delicately showed a grape just what Da Vinci is capable of.

There are more than 1,000 Da Vinci robots worldwide, and this particular robot has performed 450 prostate cancer removals alone. No man wants to think of his grapes anywhere near the forceful hands of a massive multi-armed machine, but this demo shows just how magnificently precise and steady-handed our robot surgeons can be.