Plenty of us head into the woods to find inspiration. Aidan Dwyer, 13, went to the woods and had a... 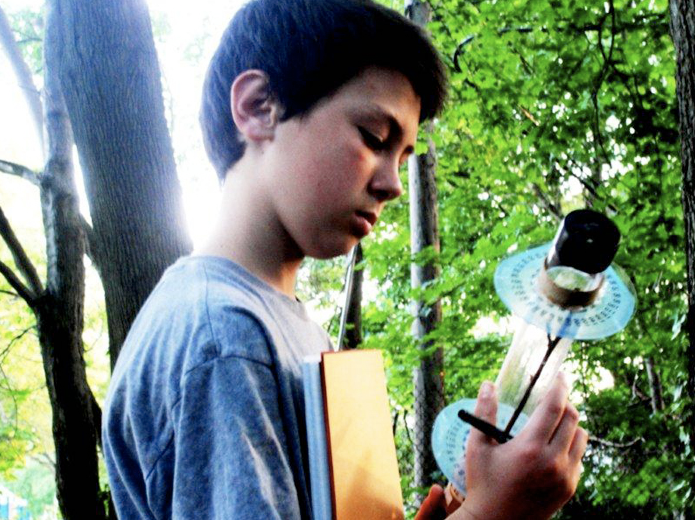 Plenty of us head into the woods to find inspiration. Aidan Dwyer, 13, went to the woods and had a eureka moment that could be a major breakthrough in solar panel design.

On a bleak winter hiking trip to the Catskill Mountains, the 7th-grader from New York noticed a pattern among tree branches, and determined (as naturalist Charles Bonnet did in 1754) that the pattern represented the Fibonacci sequence of numbers. Aidan wondered why, and figured it had something to do with photosynthesis.

In a pretty innovative experiment, this intrepid young scientist set about duplicating an oak tree, comparing its sunlight-capturing abilities to a traditional rooftop solar panel array. Guess what he found?

First he determined the ratios representing the spiral pattern of the leaves and branches on an oak tree, using a cylindrical double-protractor tool of his own design. Then he copied the pattern using a computer program, and built an oak tree-shaped solar array out of PVC pipe. He next built a flat-panel array mounted at 45 degrees, like a typical home rooftop array, and attached data loggers to each model to monitor voltage.

You can read Aidan’s award-winning essay here, which walks you through his experiment design and his results. But the short story is that his tree design generated much more electricity — especially during the winter solstice, when the sun is at its lowest point in the sky. At that point, the tree design generated 50 percent more power, without any adjustments to its declination angle. 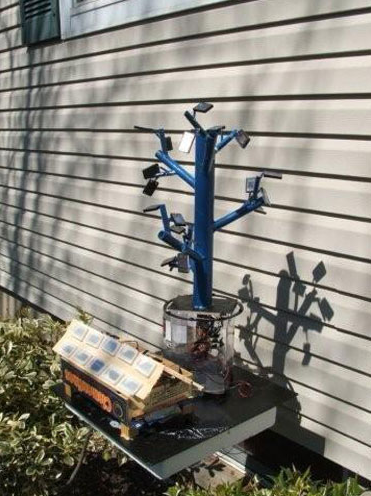 He determined the tree’s Fibonacci pattern allowed some solar panels to collect sunlight even if others were in shade, and prevented branches on a tree from shading other branches.

Now Aidan is studying other tree species and improving his PVC model to determine how it could be used to make more efficient solar arrays. He’s applied for a patent, too. Aidan’s design won him a 2011 Young Naturalist Award from the American Museum of Natural History. Not to mention the admiration of anyone who has tried to get a kid to appreciate nature.