Thanks to smoking bans in most states, cigarette smokers are relegated to taking their habits outside, where they can easily... 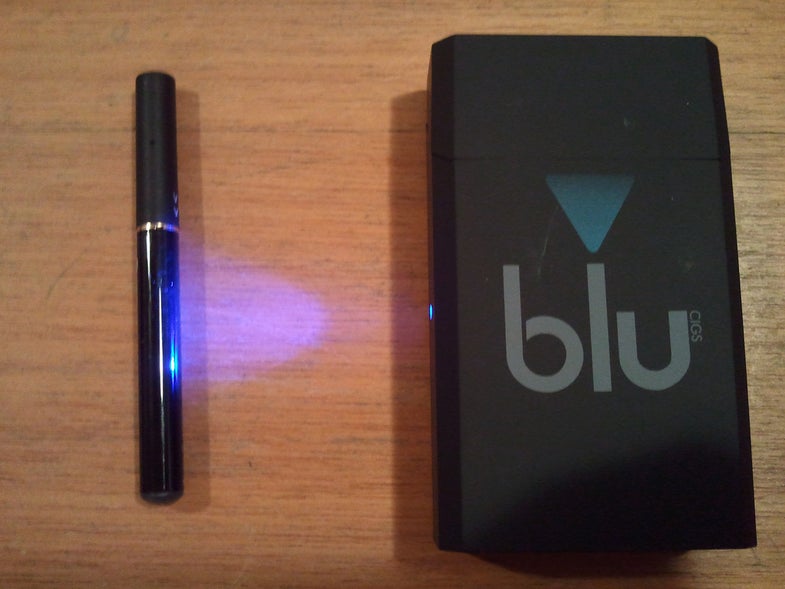 Thanks to smoking bans in most states, cigarette smokers are relegated to taking their habits outside, where they can easily meet and mingle with others who share their addiction. But what about the e-cigarette smoker, who gets to puff inside bars, looking smug? Now a special sensor in their pricey habit-forming gadgets can help them meet other smokers, too.

The makers of Blu e-cigarettes are incorporating a social networking function in a new version of Blu’s cartridges, reports the New York Times. Sensors will let users know when other e-smokers are nearby.

The new Blu “smart packs” will go on sale next month for $80 for five e-cigarettes, the Times says. They contain radio devices that emit and search for signals of other packs, and when they get within 50 feet of each other, they vibrate and flash a blue light. They also vibrate when the user walks by a store selling replacement cigs.

The packs can exchange information about their owners, including contact information on social networking sites, the Times reports.

E-cigarettes still provide a nicotine kick, but eliminate smoke and tar, letting smokers stay indoors to puff on cherry-flavored water vapor. Blu starter packs come with a pack, which also serves as a battery charger, and five electronic cartridges. Each cartridge supplies enough nicotine and flavor for about 250 puffs, according to the company.

Blu is hardly the first gadget maker to enable proximity communications — smartphones and laptops have had this capability for some time, and newer devices like the Nintendo 3DS allow users to find each other. But cigarettes are inherently more visible than a gaming system stashed in your pocket. Even without a haze of smoke, Blu cigarettes are pretty obvious. Will users really need a buzzing gadget to let them know where to strike up a conversation?