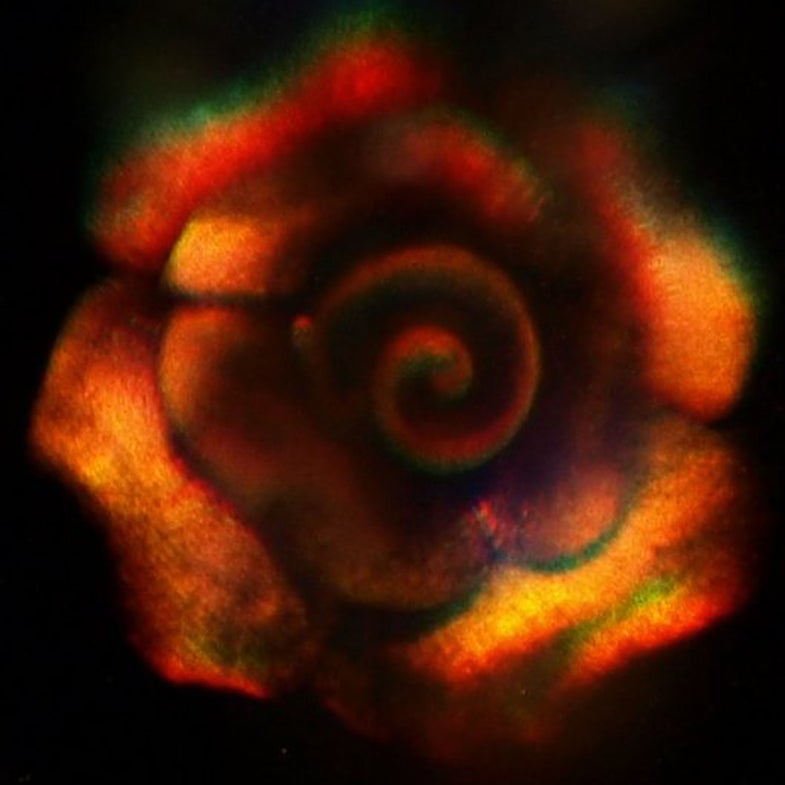 A new type of hologram harnesses a quantum effect and uses ordinary light to make 3-D still images. Future 3-D displays based on this technology would have no need for 3-D glasses or special screens.

The technique is based on the behavior of free electrons on a metal surface, according to researchers at the RIKEN Institute in Japan.

A typical hologram is essentially a light-wave pattern, which is made by bouncing laser light off an object and onto a photographic plate. Shining light onto the etched pattern re-creates the image. But most holograms, like those on credit cards, either show up as a single-color 3-D image or change color depending on the angle at which you observe them.

The new method uses the diffraction of excited electrons that propagate on a metal surface, according to Satoshi Kawata, co-author of a paper on the technique published today in the journal Science. Thin metal films contain free electrons, not bound to any atoms, which get excited when they interact with incoming photons. These oscillating electrons, called surface plasmons, emit a specific wavelength of colored light.

Depending on the angle of the incoming photons, different plasmons were excited, emitting different colors of light. The researchers bounced that colored light off an etched surface, creating a hologram that shows the same colors no matter the angle, just like the original object.

New 3-D TVs and gaming systems imitate depth by overlapping two-dimensional images. Users either have to wear glasses or buy a special display with a parallax barrier or lenticular lenses.

“Inside the brain we reconstruct 3-D, so it’s sort of an illusion,” Kawata said.

The plasmonic holograph is no illusion, he said — it’s a virtual image in 3-D full color.

The technique is relatively simple, according to Science, and could conceivably be used to make new glasses-free displays for still and moving images.