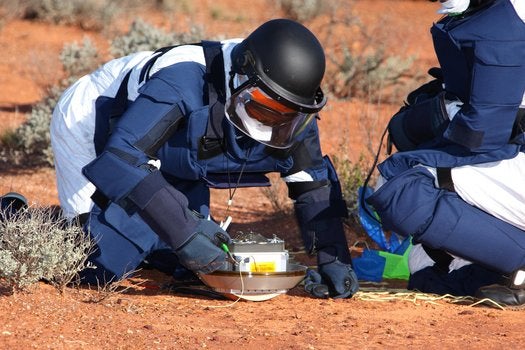 JAXA, Japan's space agency, retrieved the Hayabusa spacecraft in the Australian outback after its seven-year journey, and promptly began the process of opening it (trickier than it sounds, apparently). JAXA
SHARE

The Japanese probe Hayabusa’s first peaceful journey to an asteroid was so successful in returning samples of the asteroid Itokowa to Earth that JAXA, the Japanese space agency, is planning a second Hayabusa mission. But Hayabusa 2 won’t come in peace. The second asteroid probe will pack an impactor that detonates an explosive on the asteroid’s surface.

Planned for launch in 2014, Hayabusa 2 will seek and marginally destroy a space rock catalogued as 162173 1999 JU3. The probe would land on the surface and, ideally, collect samples before and after the impactor blasts its way to the asteroid’s interior.