The burgeoning problem of space debris and the threat it presents to satellites, manned space mission, and occasionally the International... 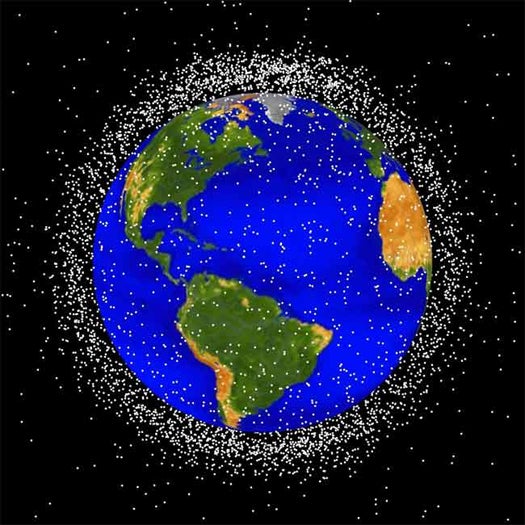 The burgeoning problem of space debris and the threat it presents to satellites, manned space mission, and occasionally the International Space Station is no secret to those following the headlines coming out of low Earth orbit. But though the threat is real, the problem receives little public visibility. So a new DARPA-commissioned report proposes taking a page from our terrestrial cleanup efforts, creating a Superfund for space that would both hold entities accountable for their space junk contributions and raise awareness of the problems space debris poses.

For most people – and even for the very companies and institutions causing the problem – all that orbiting detritus isn’t visible and has yet to cause a serious calamity or loss of life. It’s out of sight and couldn’t be further from the mind. But according to think tank RAND, the author of the DARPA report, the same principles used to approach pollution problems on Earth – even visibility problems – can be tweaked to work in space.

A Superfund for space, the report says, could make space polluters pay for the cleanup of low Earth orbit much as polluting industries are held accountable for cleaning up their fouled real estate on Earth. But, like Superfund, it could also support those cleanup efforts with help from the space community. But perhaps more importantly, it could help both governments and private industry reduce their outputs of space debris and cultivate a space culture in which creating debris is considered unacceptable.

One of the report’s authors likens the problem to this past summer’s BP oil spill in the Gulf of Mexico – the initial spill garnered some concern, but once the huge oil slicks and oil-laden birds became visible, public awareness (and righteous outrage) grew. By making the space debris issue a shared problem, a space Superfund could instigate more cooperative engagement to solve the problem.

And like the BP oil spill, the report’s authors acknowledge, simply having a “remedy” on the shelf won’t suffice. A space Superfund could develop and test effective methods of containing and dealing with space debris before a major disaster happens in space so that industry or agencies aren’t casting about for a solution while an orbital calamity is unfolding.

Because if containing a mess 5,000 feet underwater appeared difficult, just wait until the scenario is replaying itself 200 miles above the Earth.