For decades, scientists have debated whether or not gasses could display the same magnetic properties as solids. Now, thanks to... 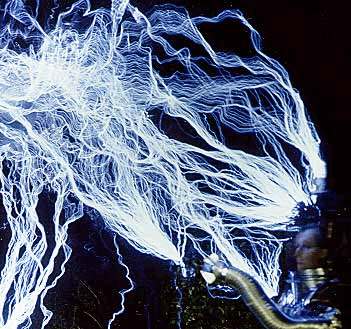 For decades, scientists have debated whether or not gasses could display the same magnetic properties as solids. Now, thanks to some MIT scientists, they know the answer is a freezing cold yes.

MIT researchers have observed magnetism in an atomic gas of lithium cooled down to 150 millionths of a degree above absolute zero. This experiment represents a point of unification between condensed matter research and the field of atomic science and lasers, and could influence areas such as data storage and medical diagnostics.

To get the lithium gas so cold, the researchers trained an infrared laser beam on the gaseous cloud. Laser cooling is the primary method physicists use to lower gas temperatures to near absolute zero. The laser essentially stun the atoms, slowing them down, and thus lowering the temperature.

After initially growing, the cloud began to shrink. That shrinkage, combined with the speed of expansion after the laser turned off, indicated that the lithium atoms had become magnetic.

“It’s very important from an overall theoretical point of view because it gives us an understanding of magnetism at its smallest possible scale,” Scott Pritchard, an MIT professor, and one of the experiment leaders, told us.

He added that the theoretical breakthroughs this experiment hints at, rather than the technical achievement, would have the most practical impact. This is especially true in data storage, where the tiny magnetic grains that make up computer memory follow many of the physical laws better explicated by this discovery.