Self-Sustaining Robot Equipped with New Artificial Gut Eats, and Excretes, All By Itself

In order to create truly autonomous robots that can sustain themselves without human intervention, it’s necessary to first create a... 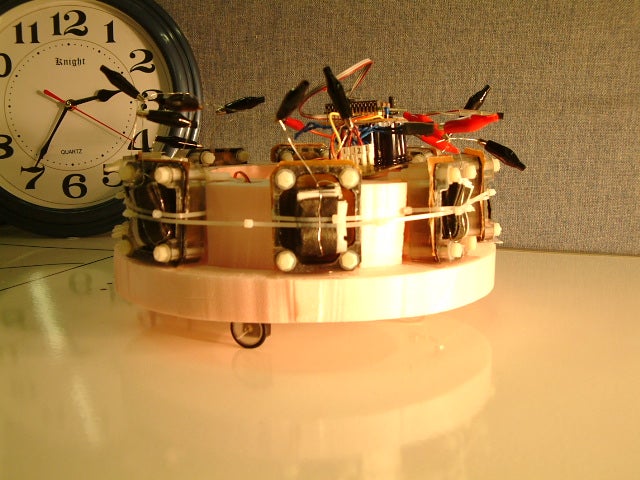 In order to create truly autonomous robots that can sustain themselves without human intervention, it’s necessary to first create a way for them to fuel themselves. While engineering our ‘bots to plug themselves into the wall is one solution, robotics researchers envision the androids of the future consuming waste and biomass to generate power to operate. To that end, researchers at Bristol Robotics Lab in the UK have created the first synthetic gut for use in self-sustaining robots.

Biomass-munching robots aren’t new in concept — many have been demonstrated in the past, relying on microbial fuel cells to turn organic matter into hydrogen atoms that can fuel a machine — but the synthetic gut is the first to deal with the waste produced during this process. Bristol’s Ecobot III consumes its own meals, turns a mash of nutrient-rich, partially processed sewage into fuel, and later, ahem, excretes.

The method is pretty simple: the ‘bot navigates itself to a dispenser filled with the sewage mixture and takes in what it needs. The mixture is distributed into 48 bacteria-filled MFCs where it is metabolized into hydrogen atoms that in turn migrate to an electrode where, through the magic of fuel cells, a current is generated. Once every 24 hours — Ecobot III is admirably regular — the robot purges its synthetic gut into a special waste chamber.

Ecobot III has demonstrated the ability to survive unaided for up to seven days, feeding and watering itself — it needs periodic drinks of water to maintain power generation — and even exhibiting small intelligent behaviors, like moving toward sources of light. But it moves very slowly and is highly inefficient, capitalizing on just one percent of the chemical energy actually available within its food.

As such, Ecobot III’s MFC technology is unappealing to projects like DARPA’s Energetically Autonomous Tactile Robot (EATR), which will extract its chemical energy from biomass by burning it rather than breaking it down with microbes, getting better caloric value from the fuels.

However, microbial fuel cells can eat a wider variety of organic matter, and improvements to the fuel cells could improve their efficiency over time. MFCs and synthetic guts may not be military grade hardware, but for the garden variety helper ‘bots of the future, a slow-moving, trash-eating, self-sufficient robot might be handy to have around. Besides, it’s already housebroken.