The Macondo oil well is leaking almost 1,000 barrels per day into the Gulf of Mexico, and represents an environmental disaster in the making 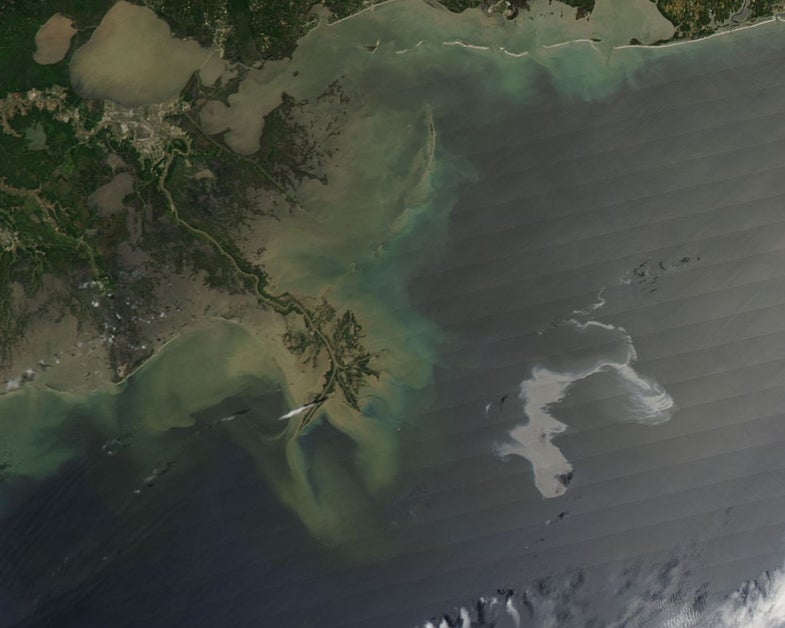 Robotic submersibles could help energy giant BP contain a leaking oil well following an oil rig explosion last week. The mission: use robotic arms to activate a large valve designed to seal off a well from the surface, according to The Chemical Engineer.

About 1,000 barrels (42,000 gallons) per day has been leaking from the Macondo well almost a mile below the surface of the Gulf of Mexico, since the Deepwater Horizon rig exploded last Tuesday and likely killed 11 workers. The destroyed rig was operated by Transocean under a BP license.

That has set the scene for potentially huge environmental disaster in the making, with the U.S. Coast Guard describing the spill as “very serious.” The urgency has compelled BP to deploy the underwater robots in the complex, first-of-its-kind operation which could take between 24 and 36 hours — and there’s no guarantee that it will work, according to the company.

Underwater robots certainly exist, and many future designs call for them to scout for new oil wells or operate as search-and-rescue helpers. But this latest incident may prove the biggest challenge yet for robotic submersibles.

BP has also prepared to drill relief wells to permanently secure the leaking well. A drilling rig is set to drill a second well that would intercept the Macondo well and inject a heavy fluid to prevent the flow of oil or gas, and allow for more permanent sealing. The company has also prepped almost 106,000 gallons of dispersant — one third of the world’s supply — to help break up any crude slick before it reaches the coast.

Still, the drilling project could take months, which means the best hope for averting catastrophe in the meantime could lie in some cold but steady robotic arms.

[via The Chemical Engineer]