Cars could shed their image as energy hogs and become mobile storage points for the electric grid, if engineers backed... 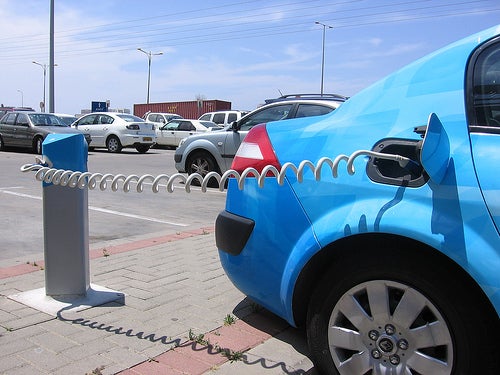 Cars could shed their image as energy hogs and become mobile storage points for the electric grid, if engineers backed by the National Science Foundation get their way. Hybrid electric vehicles might even feed unused electricity back into the grid and earn money for their owners, not unlike how some homeowners who create renewable energy can sell back electricity to utility companies.

The concept of vehicle-to-grid (V2G) integration would do away with simply considering hybrid electric cars as energy consumers that require stations or places to plug into the electric grid and recharge their batteries.

“Cars sit most of the time,” said Jeff Stein, a mechanical engineer at the University of Michigan who leads the NSF-funded effort. “What if it could work for you while it sits there?”

Such future vehicles would essentially double as mobile holding tanks for electricity while sitting unused in their garages. That could prove especially useful if the electric grid begins to rely more on renewable sources of energy such as solar or wind power, which provide intermittent energy that requires storage.

But major challenges lie ahead for this vision. Stein’s team has made some progress in understanding how battery health and life is affected by constant charging and recharging, because “what’s good for the battery isn’t necessarily good for the grid,” and vice versa.

The engineers also want to understand how future ownership of hybrid electric vehicles affects the electric grid, and specifically the reliability and stability of the grid. Our advice — take a look at Google’s project to create “smart charging” software for electric cars.