Chaos, confusion, and uncertainty have pervaded battle since Homer first described the din of clashing hoplites. But new developments in... 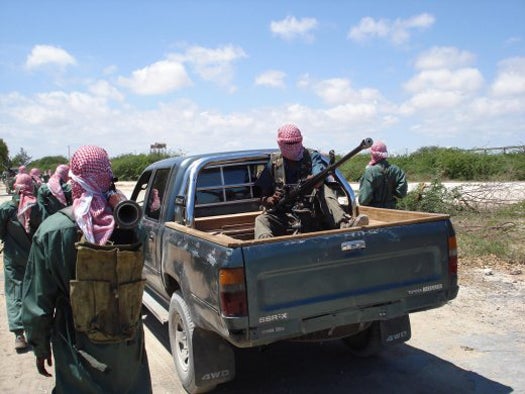 Chaos, confusion, and uncertainty have pervaded battle since Homer first described the din of clashing hoplites. But new developments in computer modeling look to pierce the fog of modern war by predicting the time and location of insurgent attacks. More comprehensive than the SCARE IED cache location program, these models claim to have predicted everything from the number of casualties in an attack to the cease-fire between Israel and Hezbollah.

The first model, created by physicists at the University of Miami and appearing in the journal Nature, posits a similarity among all insurgencies. Using data from 54,000 insurgent attacks across nine different wars, the researchers found that irregular warfare follows a power law, with less-deadly attacks occurring exponentially more frequently than rarer, more deadly, bombings.

According to the researchers, insurgents consciously delay large scale bombings to maximize media coverage. Clumping them together would normalize the mass killings, inoculating the population against the fear the insurgents designed the attacks to sow. The algorithm takes that into account, and predicts the scale and frequency of attacks based on their psychological value, as well as their practical feasibility.

The second model, designed by the University of Maryland, concentrates primarily on the Middle East. The model uses 150 variables, and data about the activity of 100 groups in the Mideast, to predict the reaction of insurgent groups to various Israeli operations.

For instance, the researchers claim to have predicted that Hezbollah would not attack Israel during its recent invasion of the Gaza Strip, despite the group doing exactly that in 2006 after Hamas and Israel began fighting over kidnapped Israeli soldier Galid Shalit. Not limited to the Middle East, the University of Maryland researchers also say their model predicts that burning poppy field in Afghanistan won’t weaken the Taliban.

War is necessarily a muddled and dirty business, and the ability of these models to alter that reality remains to be seen. What is clear, however, is that the same quantitative analysis of human behavior that so accurately describes economic and political decision making has made its way onto the battlefield, with these studies merely forming the vanguard of what is sure to be a robust new field of study.