With its annual output of over 330 million tons a year feeding animals, running cars, and decorating South Dakota tourist... 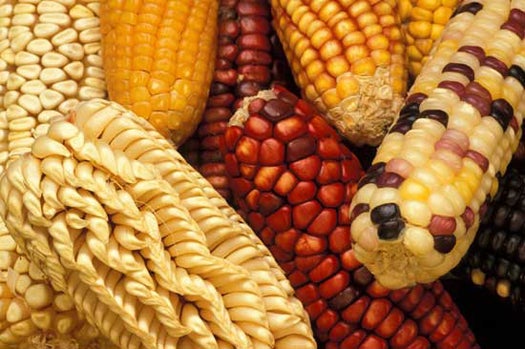 With its annual output of over 330 million tons a year feeding animals, running cars, and decorating South Dakota tourist attractions, maize is clearly Americas most important crop. That’s why the newly published complete corn genome could drastically change the food, automotive and plastic industries. Already, scientists have identified genes that could boost yield, change the cell wall to make more biofuel, or raise the nutritional value of this vital cereal.

The fully decoded corn genome culminates a four-year, $31 million collaboration between a number of different universities. The project published a working draft of the genome in early 2008, but, like with other genome projects, decoding some of the final, more complex, genes took a little longer. While some The primary paper relating to the project will appear in the journal Science, with ancillary papers appearing in the Public Library of Science and Plant Physiology.

“What we have here is a crucial part of the instruction manual for how you breed a better corn plant,” Richard Wilson, director of the Genome Center at Washington University in St Louis, Missouri, and leader of the maize genome project, told Nature News.

In the Plant Physiology paper, professors from Purdue University note they they have already identified 750 cell wall genes. The cell wall of corn contains the materials that eventually become biofuel and bioplastics, so any ability to increase the thickness of the cell wall would also increase the efficiency of biofuel production.

Maize actually underwent significant genetic alteration during the domestication process thousands of years ago, with the early settlers of the Americas increasing the yield, altering ear geometry, and augmenting the stalk strength through years of selective breeding. Now, with the genome laid bare, scientists can accomplish the same level of engineering in fractions of the time.

And maybe, god willing, someone will finally create microwavable popcorn that tastes the same as movie popcorn. Please?!