VASIMR Ion Engine Could Provide a Fast Lane to Mars

Six Europeans recently wrapped up 105 days in an isolation chamber with no TV, no showers, and lots of precooked... 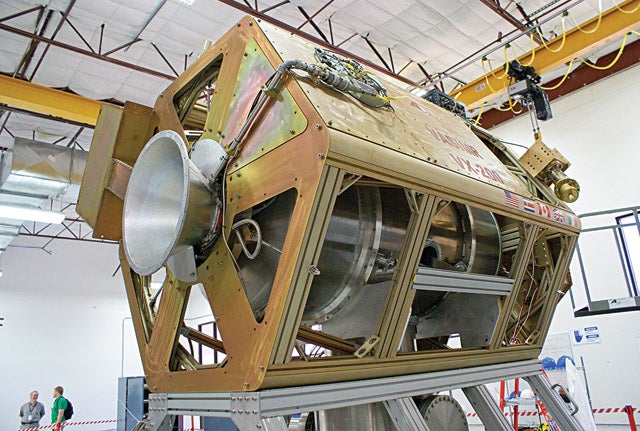 Six Europeans recently wrapped up 105 days in an isolation chamber with no TV, no showers, and lots of precooked food, to test the stresses of a journey to Mars. Real Marstronauts might not have to suffer through all that. A new ion engine, which shoots charged particles to create thrust, could get them to the Red Planet in just 39 days.

In theory, there’s no better way of getting between planets than an ion engine. The engine in NASA’s asteroid probe Dawn fires electrons at xenon gas to convert those atoms into positive ions, which fall onto a positively charged screen that repels the ions out of the engine.

The problem is power. For example, Dawn runs on three ion engines, each of which puts out a steady, but measly, one third of an ounce of thrust. (Each engine on a Boeing 777 churns out about 100,000 pounds of thrust.) This is great for long, unmanned missions—it took 16 months to propel the probe to Mars—but it’s not ideal for humans looking to spend as little time in transit as possible. NASA is retooling its engine for triple the thrust, which could get a probe to Mars faster, but it’s still too slow for a large spaceship heavy with crew and gear. If a little more thrust is good, a lot more is better. The Texas-based aerospace company Ad Astra’s VASIMR engine creates a thicker ion stream by shooting radio waves, rather than electrons, at argon gas. Then, the engine’s superconducting magnets fling the ions to generate 50 times as much thrust. 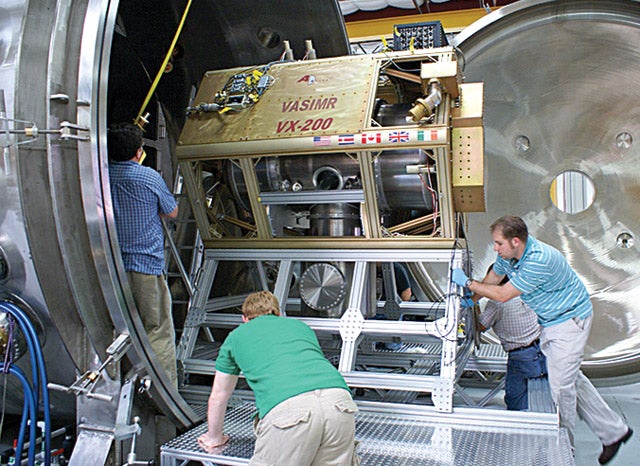 In July the company demonstrated the ion-making step, and next month it will fire up the 200-kilowatt machine at full power—almost strong enough that four such engines could drive a manned moon voyage. Running on solar power, that trip would take six months, but Ad Astra has a plan for speeding the engine up for Mars: nukes. Unlike NASA’s current engine designs, which cannot handle megawatts of power, Ad Astra could scale up VASIMR to run on a 200-megawatt nuclear reactor. That, says Tim Glover, the company’s director of development, gives VASIMR an edge: “Would you rather pull a trailer with a couple of bicycles, or with a car?” 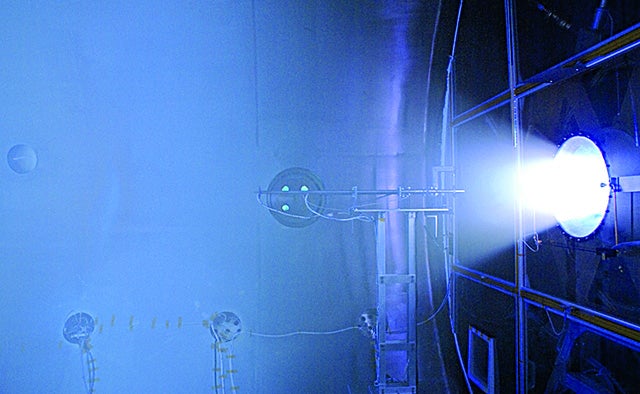