Until the naked mole rats yield their secrets, humanity will still have to worry about treating and controlling cancer. And... 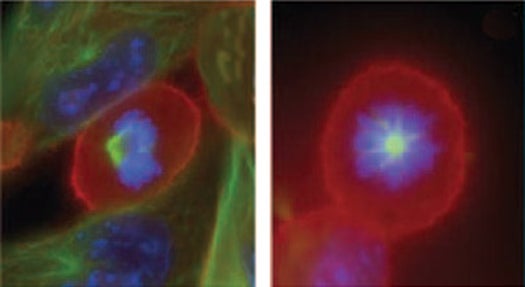 Until the naked mole rats yield their secrets, humanity will still have to worry about treating and controlling cancer. And to that end, one company may have figured out a novel way to prevent the spread of a highly dangerous form of brain cancer, through the use of pulsing electric fields.

The company, Novocure, just completed early trials of a device that shuts down the division of cancerous cells. The device consists of two electrodes placed directly into the brain, around a cancerous tumor. The electrodes then generate an electric field that paralyzes the cells during the moment of division, thus preventing the spread of the cancer.

The earliest trial began with 10 volunteers, seven of whom are still alive today. Additionally, some early evidence from a lung cancer trial shows that the electric field, when combined with chemotherapy, may prevent the spread of other kinds of cancer as well.

These results are still preliminary, and the device remains unrefined, to the point where users have to carry around a giant battery pack for years on end. However, with Novocure starting a larger brain cancer trial, as well as expanding tests to see if the electric field could work with breast cancer, this is proving a promising area of anti-cancer research.