Listen to the latest episode of the best tech-based gameshow podcast around. 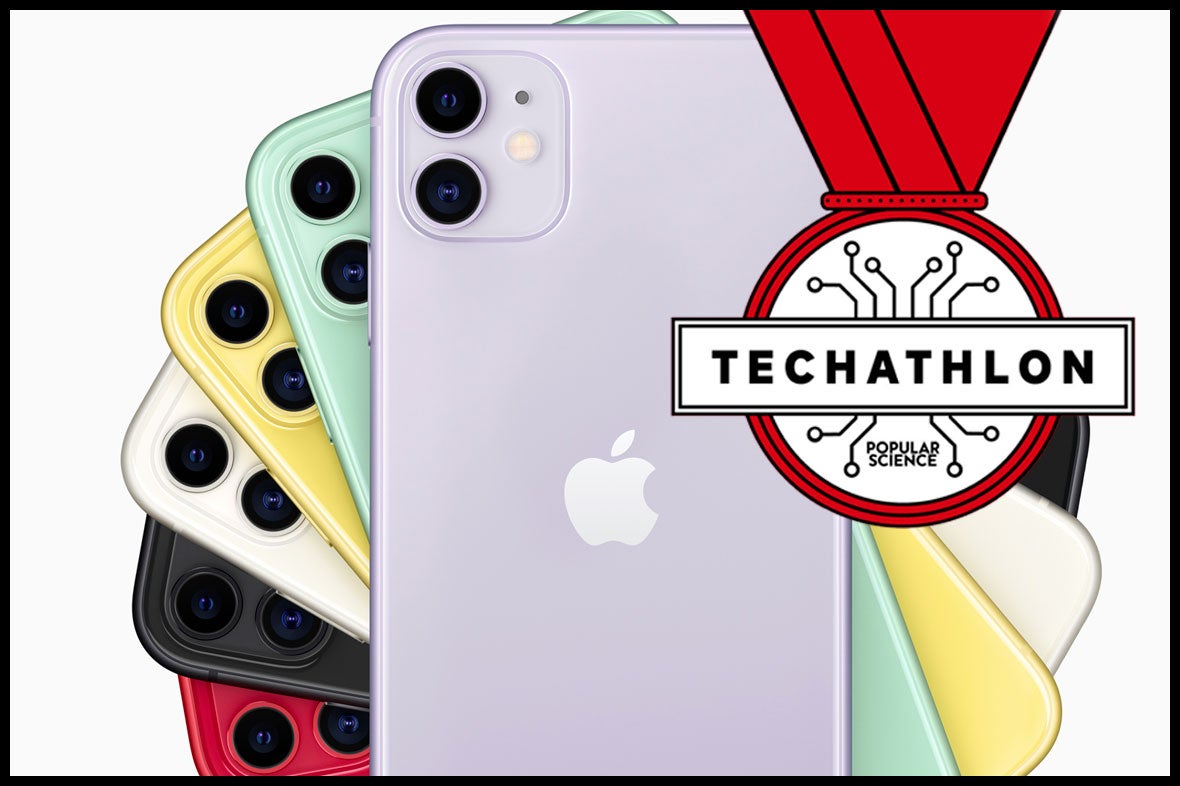 The iPhone 11 is brand new. In fact, if you bought a packet of deli meat and an iPhone 11 on release day, you’d still have a couple more days to finish your cold cuts before things got sketchy. But the tech world never stops, so, of course in this week’s episode of Techathlon, we’re diving into all the features we didn’t get in the iPhone 11 and hope show up in iPhone 12.

It’s a great opportunity to participate in the age-old tech tradition of nitpicking a product to death, and it’s an even better chance for Android users to brag about how some semi-obscure Google-powered phone already does the things we’re still hoping for in a next-gen Apple product.

You can listen to the new episode in the player embedded above, subscribe on Apple Podcasts, add us on Stitcher, join us on Anchor, and even find us on Spotify.

Once you’re done listening to our meticulously reasoned cases, tweet @techathlonshow with your own wish list for the iPhone 12. And if you’re one of those braggy Android users, feel free to tweet your condescension at us. We just like to see the notifications pop up.

As always, producer Jason has wandered into the idyllic apple orchard in his mind and plucked 10 perfect tech trivia questions with which to torture our poor contestants. The questions cover topics ranging from the upcoming Google Pixel 4 smartphone release to the new version of Wifi. This week’s questions are all Honeycrisps—no Red Delicious at all.

Last week, we found out that Seinfeld is coming to Netflix in 2021 as the streaming content wars get increasingly brutal and complicated. With that news, people on Twitter—and all around the internet, really—trotted out those tired jokes about how almost every Seinfeld plot would fall apart if the characters simply had cell phones. While that’s largely true for the show about nothing, it’s also true for a heap of other old TV and movies. In this game, Jason reads a fictional text from a TV or movie character and the Techathletes have to provide the title of the show or flick. Sound complicated? It’s not, so just give it a listen and then send your real friends an actual text about how much fun you had. And also ask them how their day went. It is Monday, after all, and everyone could use a little encouragement.