The Tech Behind The Greatest Surfing Film Ever Made

Inside ‘View From a Blue Moon' 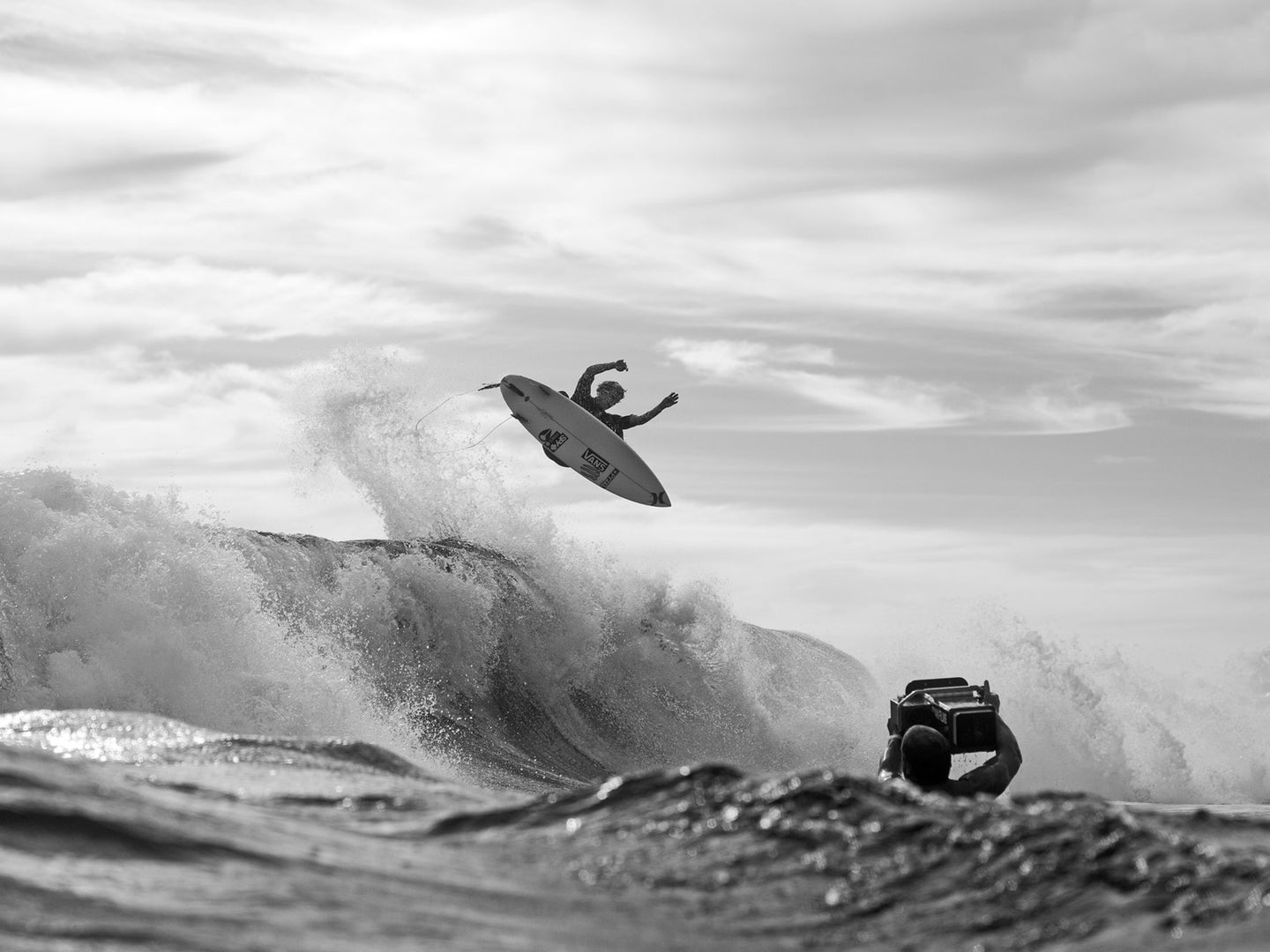 Image from View From a Blue Moon. Chris Gurney
SHARE

Now that Go Pro owns the world of action sports, and any shredder with a selfie stick or a mouth-held Hero 4 can be an online action star, why bother hiring helicopters and cameramen to shoot an old-fashioned surf movie?

View From a Blue Moon is why.

The newly released surf epic follows rising surf star John John Florence as he cuts his way across 50-foot swells off remote shores in Africa, Brazil, and Tahiti. The 23-year-old Hawaii native starred in the roughly $2 million film, which was a partnership with Brain Farm, a production company that is the Lucas Films of action sports filmmaking. Florence and his crew spent three years, broke about 70 surfboards, and employed as many as three high-tech 4K RED cameras (cost: $50,000 each) in a day.

It’s those cameras, along with Florence’s daring, that give the film its power and raw beauty—and will make any amateur YouTuber shudder with envy.

“We wanted to make it more cinematic than any other action film you’ve seen,” Florence told Pop Sci. For that, his shooters used a RED Dragon camera, the crew’s workhorse, for underwater and aerial footage.

How good is this flick and its technical innovations? This week, it won best movie in The Surfer Poll Awards, the Oscars of surfing. Florence swept the rest of the ballot for best male surfer, best maneuver, and best performance. 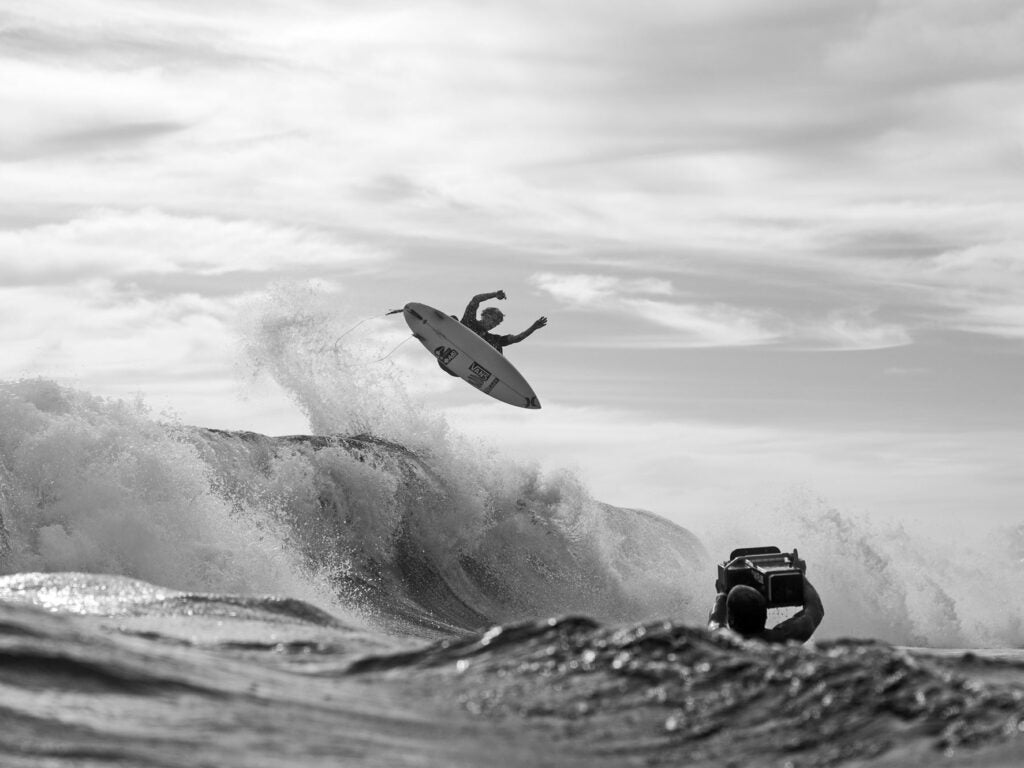 Image from View From a Blue Moon

View From a Blue Moon also finished its first week as the top grossing action sports film in history. Available on iTunes and Vimeo, it has grossed more than any surf film in history—including Florence’s favorite, Endless Summer II.

Blake Vincent Kueny, the film’s director, was also obsessed, a man charged with making that final edit. “I’ve turned down so much work over the past three years,” he says. “Anything that came to me, I said no.” But that obstinacy paid off: “People who screened the film told us to make sure we had written a speech before the awards,” he says.

View From a Blue Moon’s Invoice

To catch the action up close, Florence’s crew shot in remote spots with little oversight. That allowed them to get creative and take risks. “You can’t use a helicopter in Hawaii at 7 AM,” says Florence. “People would complain of the noise. But when you’re shooting in Africa, there are no limits.”

Also in Hawaii, a helicopter must hover at least 500 feet above anything it’s shooting. But on West Africa’s deserted shore, Florence’s shooter came as close as a volley ball, using a Phantom 4K with digital zoom to capture specks of spray and seabirds photo-bombing his shots. 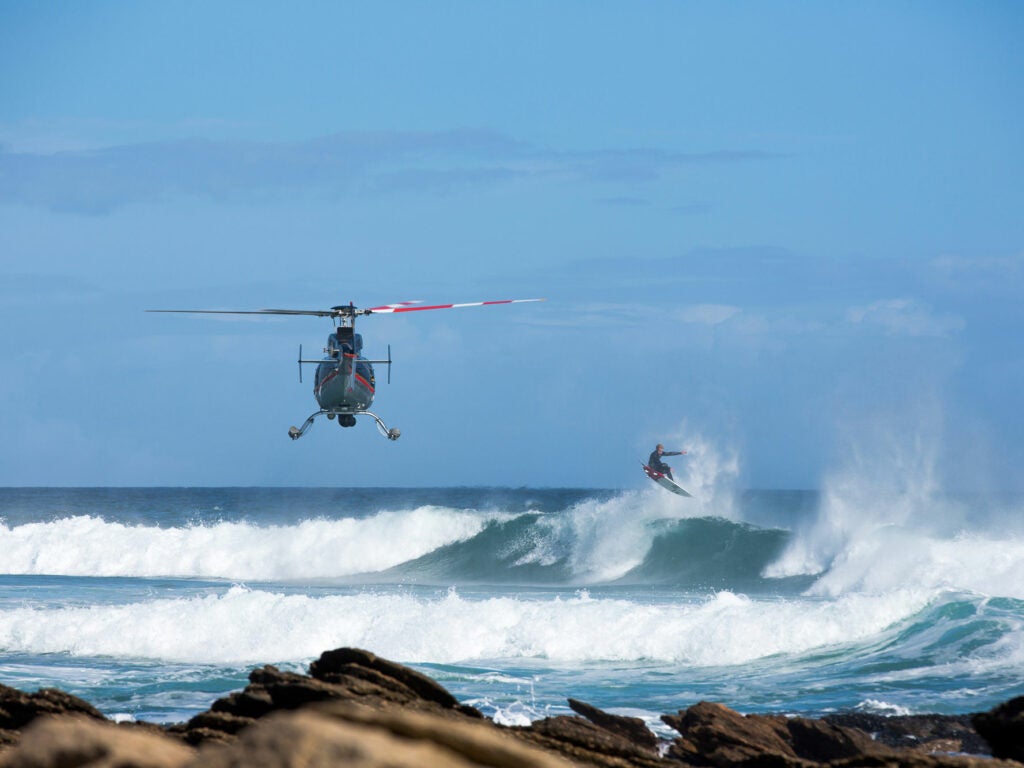 In one scene, a Bell A350 helicopter hovers just 20 feet from the water’s surface. “Its wash kept blowing me off my board,” he says. “Blake sent me a clip where I do an aerial and disappear in a cloud of spray from the heli.”

In another, a heli is flying 200 miles per hour just a few feet off a dirt road. “You can do that because no one is around,” says Florence. Some mornings the 12-person crew would wake up in the “and the helicopter is flying overhead at first light,” he says. “It was like holy shit. This is a war movie!” 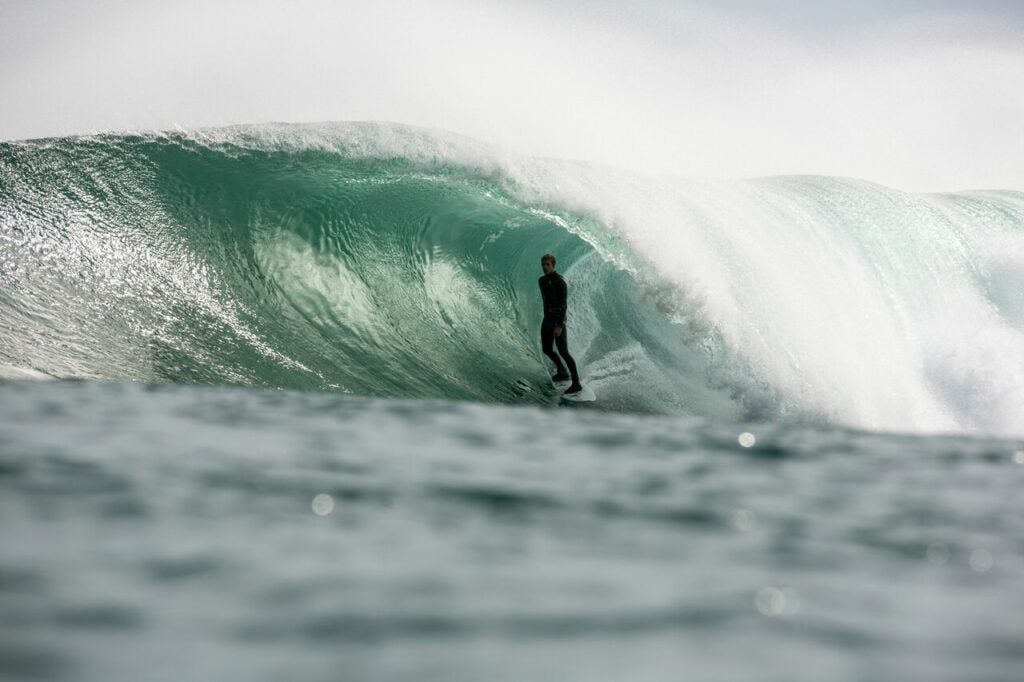 John John Florence in a barrel 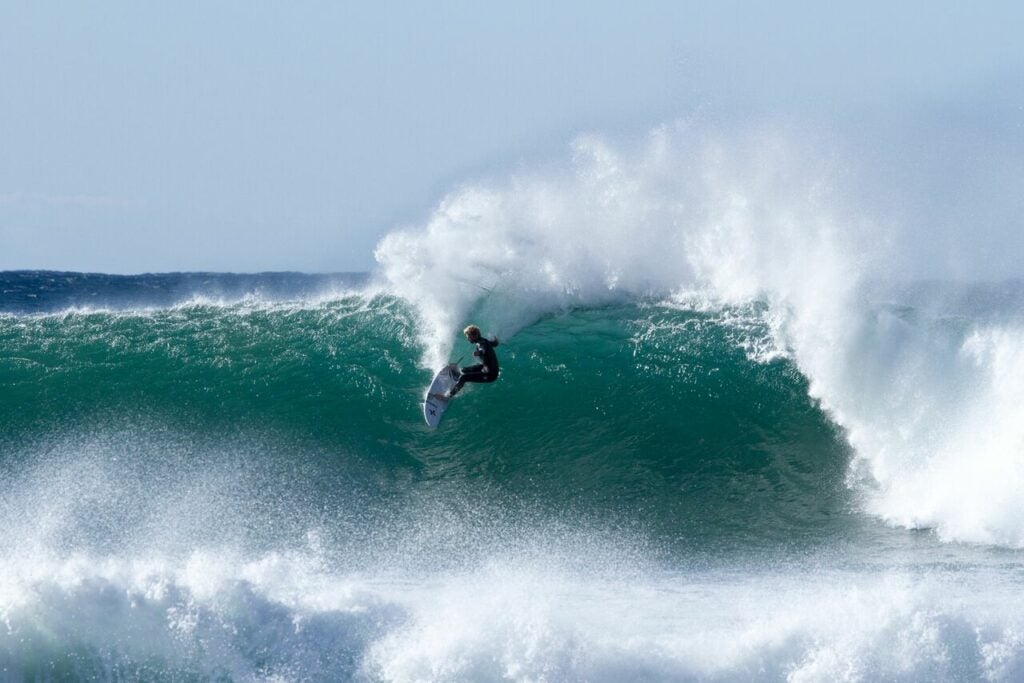 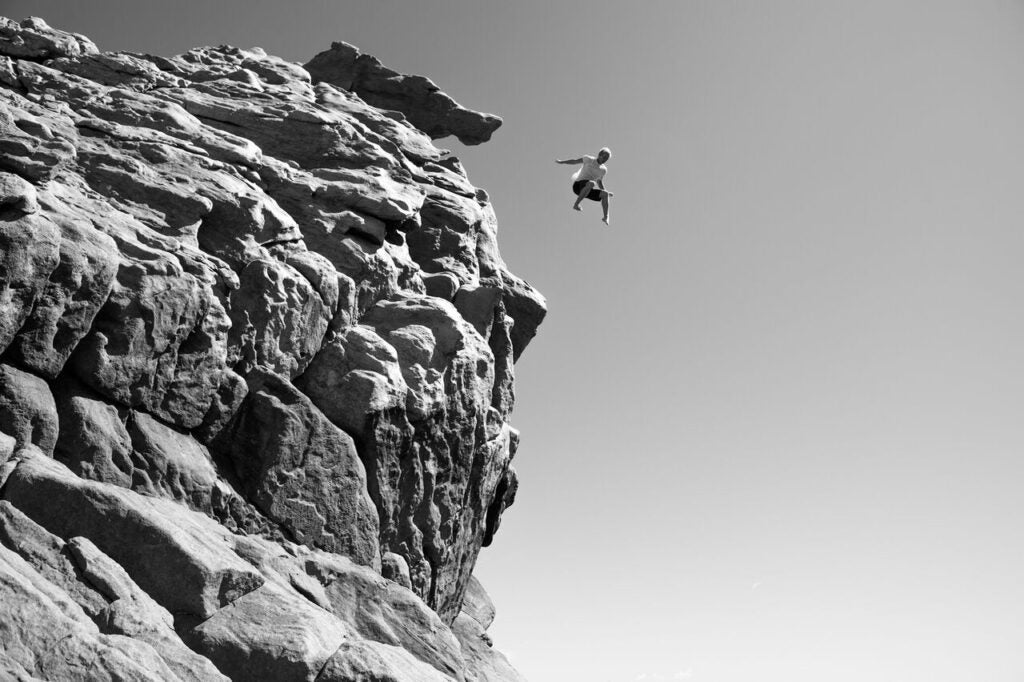 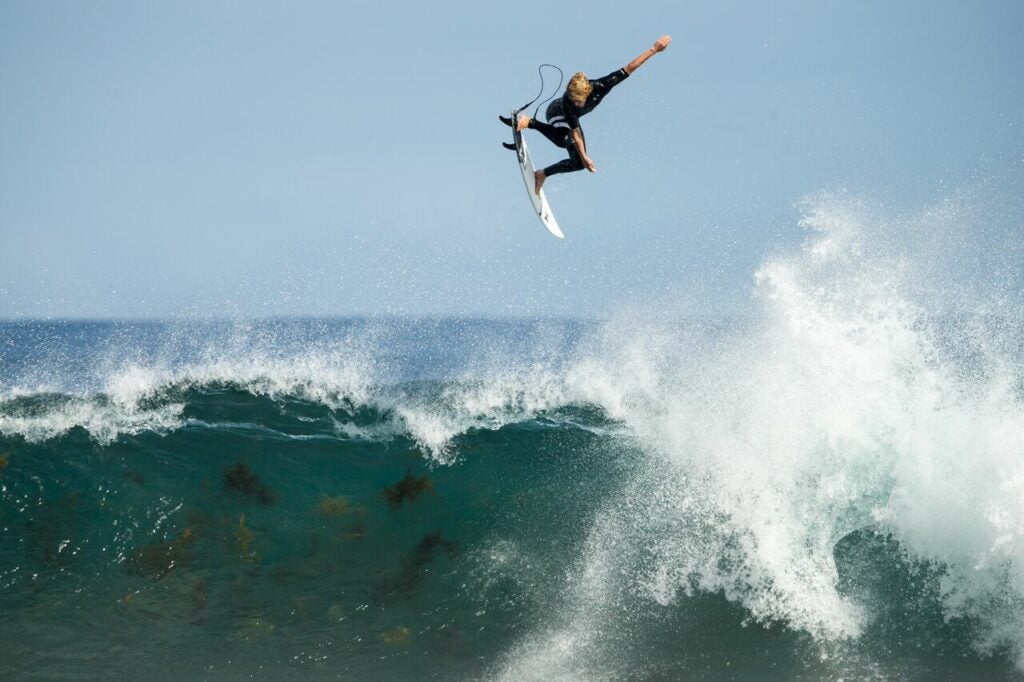 John John Florence about to stick a jump in West Australia 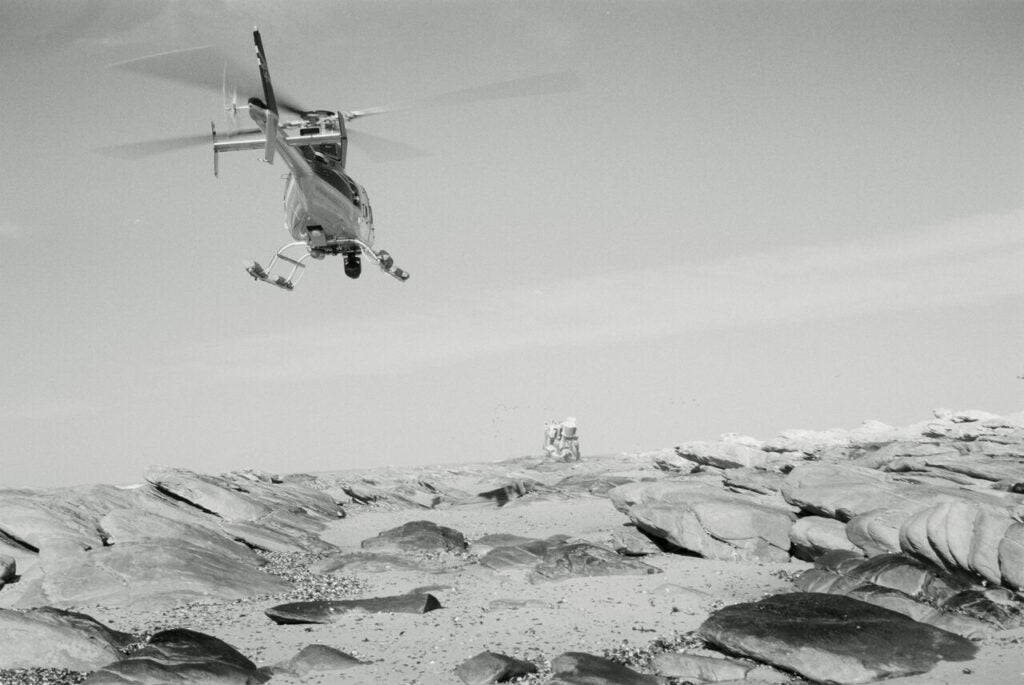 Readying the heli for a day of shooting in Africa 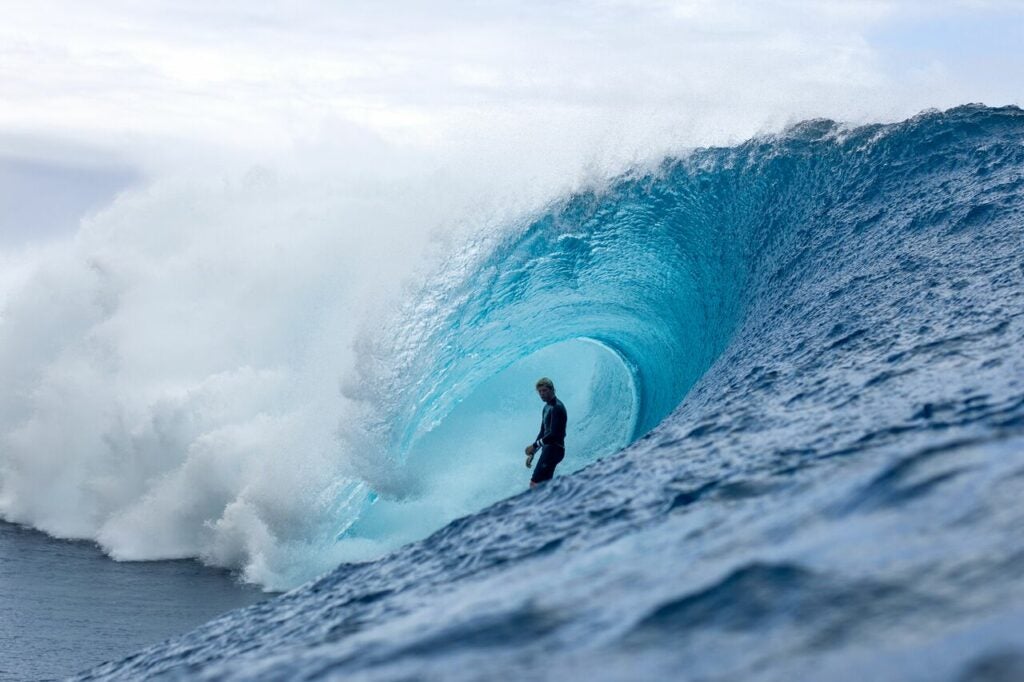