Just a Ford Fusion hybrid cruising around Pittsburgh without a driver... 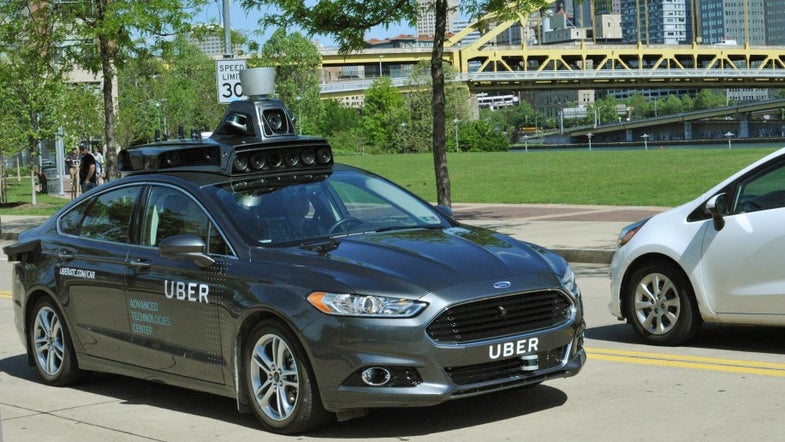 Uber has a new car on the road, but unlike the rest of the company’s transportation vehicles this one is missing a driver.

The app-based ride-finding service put its first driverless vehicle out on the streets of Pittsburgh today, a modified Ford Fusion, and it basically looks like the Ghostbusters and Knight Rider cars produced offspring.

Uber has been coming for the driverless market, and the roads in general, for some time.