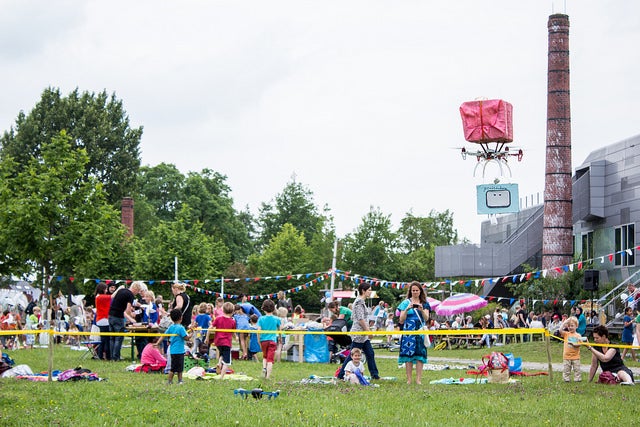 Drones are an inevitable part of our future. Whether they’re used for good or evil is up for debate. With that idea in mind, Setup, a media lab in the Netherlands, created the Cuddly Drones program to teach kids about drone engineering and surveillance concerns. The kids learned all about drone aerodynamics and prototyping, and they participated in debates about safety and surveillance in the drone age. Then came the most adorable part: The kids designed and built the drones they’d like to see in the future. And because children have a tendency to be way more creative than us lame adults, the results were pretty incredible. While Setup’s Krista Hendricks and Tijmen Schep weren’t allowed to fly any drones while in Austin, they showed off a few design prototypes (made out of cardboard and other lightweight salvaged materials) of the designs at South by Southwest last week. All the kids’ drones can fly, but their unique purposes may take a few years to actually come to fruition. 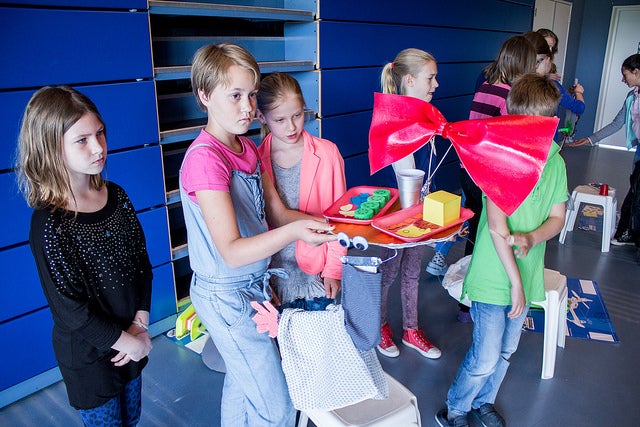 The idea behind this one might be simple, but it wasn’t so easy to execute. The waiter drone–a robot to deliver your food–was outfitted with a bow tie, but that costume made it impossible to take off. However, it was a learning process for the students, and they learned how to modify it to make sure it could fly–and deliver your meal in style. 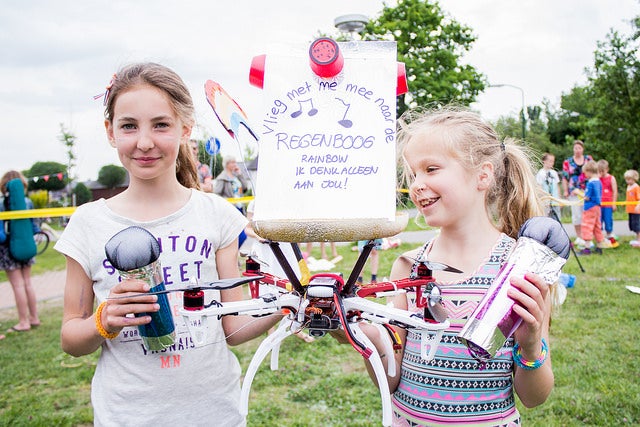 This one is for all the would-be singers out there that have stage fright. This karaoke drone would come to you, so you don’t have to get up in front of everyone on stage. It would be equipped with a screen to show the song lyrics and a microphone for you to sing your heart out. Thank goodness this one doesn’t exist yet, or else I would have no excuse. 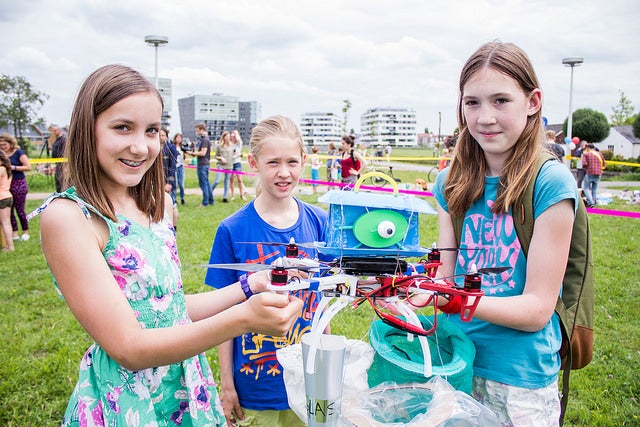 This trash drone was one of the big winners of the day. It has three receptacles that would accept different types of waste. Thanks to sensors, it would analyze whether you threw a piece of refuse or recyclable waste up into the air and catch it in the appropriate bin. 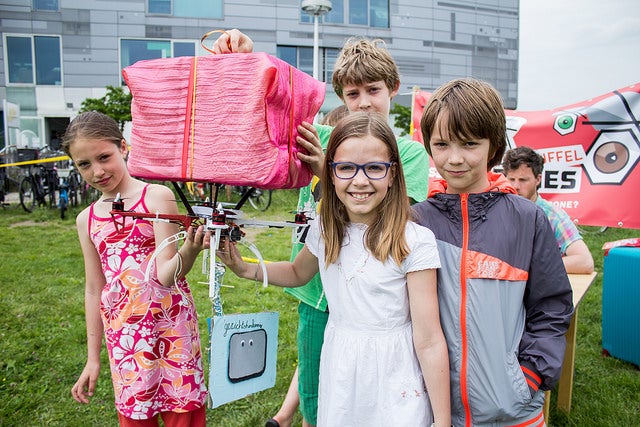 Everyone wants to feel special on their birthday. And what would be more special than getting tracked and followed by a drone? Since it would be connected to your Facebook account, a facial recognition camera on the bottom of the drone would find you on your birthday, track you down, and then its gift would explode into confetti or chocolate. The children didn’t seem to be too worried about the privacy concerns.
kids
South By Southwest
SXSW
SXSW 2015