How We Swagger Speaks Volumes About Our Personalities

Walk this way, if you're feeling aggressive 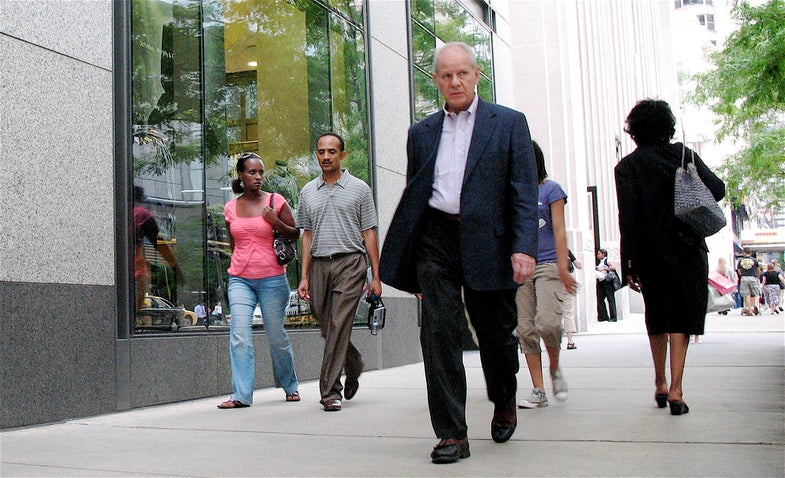 You can tell by the way I use my walk, I’m aggressive and overly exaggerate my gait.

By studying the walking patterns and personality traits of 29 participants, University of Portsmouth researchers found that those who rotated their shoulders or hips as they walked were also more likely to test high for aggressiveness. “Evidence of Big Five and Aggressive Personalities in Gait Biomechanics” is published in September’s Journal of Nonverbal Behavior.

Each participant took the “Big Five” personality test — which assesses conscientiousness, openness, extraversion, agreeableness, and neuroticism — before hitting the motion-capture treadmill setup. Those who self-reported high physical aggression swung their upper bodies and pelvis more dramatically than the rest.

The study authors go as far as to imagine a future where authorities could use gait patterns to pinpoint criminal tendencies before they happen: “If the closed circuit television (CCTV) observers in their experiments could be trained to recognize the aggression-relevant gait demonstrated in this research, their ability to recognize impending crimes (which is already high) could be improved further,” they write. That sounds a bit too Minority Report for now, but there’s an interesting thought experiment to be had about how data on our behaviors and habits could come from simply watching the way we walk.