A flip-around screen and lots of image-stabilization want to help you film everything that happens in your life. 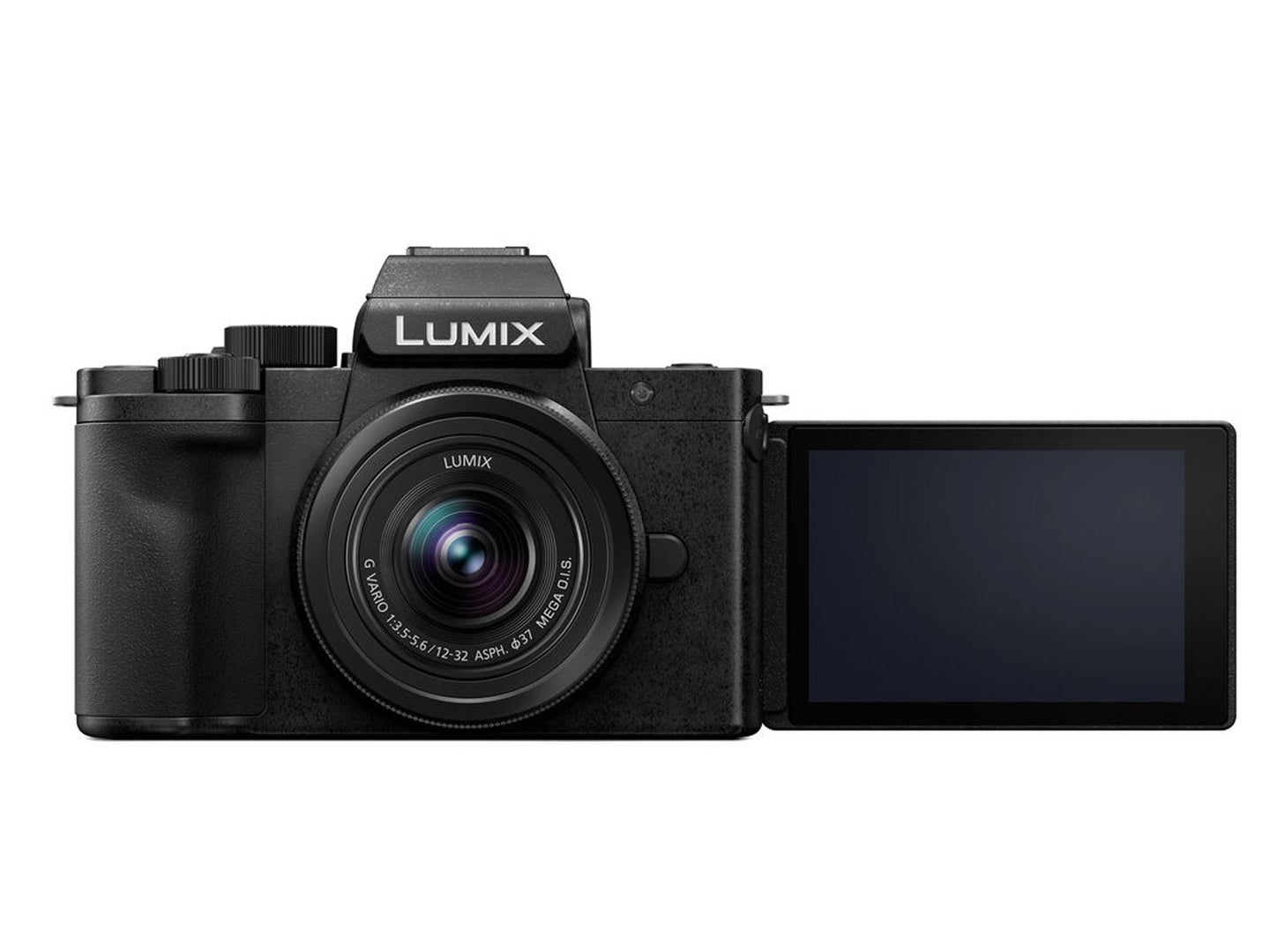 The flip-around screen is essential for seeing your face as you record. Panasonic
SHARE

Production value matters when you’re on-camera. That became very apparent at the start of social distancing when we started going to fewer places and spending a lot more time in front of a webcam. Quality is especially crucial for influencers, aspiring YouTubers, and vloggers of any kind. Smartphones are simple, but they don’t offer the same overall image quality or that blurry background look that’s difficult to achieve on a smartphone’s tiny sensor.

This week, Panasonic announced the G100. It costs $750 and is clearly aimed at those looking to get into the talk-into-the-camera influencer genre of content creation. One bundle even comes with a hand-grip that doubles as a mini-tripod for shooting walk-and-talk videos of yourself.

Inside, it has a 20.3-megapizel sensor typical for Panasonic cameras. It’s Micro Four Thirds in size, which means it’s smaller than the APS-C and full-frame models found in other mirrorless cameras, but it’s considerably larger than the small sensor inside of a smartphone.

When shooting in 4K, however, the camera can’t utilize the entire sensor. Instead, it shoots from a smaller cropped area in the center. This makes lenses appear more zoomed-in than they would if they were using the whole sensor. That’s inconvenient if you’re typically shooting at arm’s length because you need an even wider-than-normal lens to capture a typical field of view. This isn’t a uniquely Panasonic problem—Canon opts for cropped 4K on many of its DSLRs—but on a video-centric model like the G100, it’s curious.

Cropping in for video does offer some advantages when it comes to image stabilization. The active area on the sensor can actually move around in order to try to counteract camera shake. That’s not possible without extra real-estate around the edges of the frame. Still, the effect may not be pronounced enough to counteract the difference in view.

It also has a mini-HDMI out and headphone in ports, but it lacks a headphone-out jack, which makes it more difficult to monitor audio as you record.

On the plus side, the G100 offers a new feature called Ozo audio, which uses facial recognition-based tracking in order to identify and isolate audio coming from a person talking in the frame. It showed up in Nokia phones before making its way to cameras. You can see a demo from Nokia below.

Right now is a fairly critical time for Panasonic’s camera offerings. The company has largely been focusing on its full-frame professional series cameras. At the same time, however, one of its main rivals, Olympus, just sold off its camera division leaving its future unclear. Panasonic could try to scoop up some of the Olympus marketshare in the Micro Four Thirds segment or keep moving toward its full-frame cameras.

If the concept of a vlogging camera seems familiar, you may have seen Sony’s ZV-1, which debuted just a few weeks ago. It doesn’t have interchangeable lenses like the G100. Instead, it relies on an attached zoom lens that makes it more like a compact camera than a mirrorless model.

While you can’t switch the lens on the Sony, however, it does have a much larger relative aperture. Sony’s built-in zoom offers a roughly 24-70mm equivalent zoom with an f/1.8-f/2.8 aperture range. The included Panasonic lens has a roughly a 24-64mm zoom with a much slower f/3.5-5.6 aperture. So, the Panasonic gives you more options, but they’re going to cost you more than your initial investment.

Like the Panasonic, the Sony also confusingly excludes a built-in headphone jack for monitoring audio while you shoot.

Right now, the Canon EOS M50 is about the same price as both of these new vlogging-specific models. It comes with a pair of lenses, including a long zoom, which isn’t much use for YouTubers. But, it offers a larger APS-C sensor and Canon’s excellent Dual Pixel autofocus.

Expect to see more cameras in this area coming down the line. Hopefully, one of them will eventually get a headphone jack.